How (Not) to Issue a Statement on Castro's Death 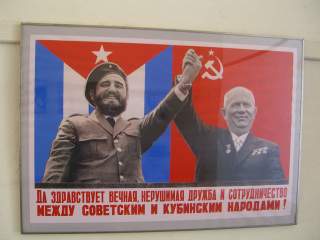 You’re a smart national or international official. You’re tasked with drafting a suitable public statement from your President/Prime Minister/Director-General on the death of Fidel Castro. What to write, bearing in mind the default tradition in most cultures of de mortuis nihil nisi bonum – say nothing about the dead unless it’s good?

The Castro case is unusually tricky. There’s no denying that he was a person of international significance, whose opinions and policies offered inspiration to global “progressive” tendencies. Likewise there’s no denying that he was among the most incompetent, brutish leaders in world history: his success in impoverishing and oppressing Cubans for all those long decades is quite astonishing. So how to come up with a few words that do justice to this, ahem, rather ambiguous record? What’s the right tone?

It turns out that it is impossible to issue a statement about Castro that does justice to both the successes and failures of his life without sounding ridiculous. How to be gracious about a plucky monster, a defiant disaster, an inspirational murderer? And what about the countless victims of Castro and Castroism? Do they get mentioned?

Fidel Castro’s leadership of the 1959 Cuban Revolution marked him out as an historic if controversial figure. The UK will continue to work with the government of Cuba on a wide range of foreign policy priorities, including on human rights.

Well, yes. Turning a country into a prison camp for 57 years might well be described as both “historic” and “controversial.” The “government” of Cuba?

The world (sic) has lost a man who was a hero for many. He changed the course of his country and his influence reached far beyond … His legacy will be judged by history.

Note the prominence of “a hero for many.” Not even a teensy hint that most of what Castro did was utterly at odds with EU values?

President Obama could not bring himself to mention anything negative and slumped into rambling platitudes:

This moment fills Cubans - in Cuba and in the United States - with powerful emotions, recalling the countless ways in which Fidel Castro altered the course of individual lives, families, and of the Cuban nation.

The UN put out a “Statement attributable to the Spokesman for the Secretary-General” Ban Ki-moon:

His revolutionary ideals left few indifferent. He was a strong voice for social justice in global discussions ... The Secretary-General was impressed by the former President’s passion and lively engagement.

Fidel Castro was a larger than life leader who served his people (sic) for almost half a century. A legendary revolutionary and orator, Mr Castro made significant improvements to the education and healthcare of his island nation … A controversial figure … My father was very proud to call him a friend … the loss of this remarkable leader

This bafflingly awful statement has prompted a Twitterstorm of #trudeaueulogies derision:

• We mourn the death of Vlad the Impaler, who spearheaded initiatives which touched the hearts of millions

Fidel Castro ended up like the mouldering corpse of Lenin in Red Square: a bizarre shrine to dishonesty, cruelty and subjugation. Fidel Castro became an obscure trinket in a bad video game that dim sly leftists click on to get new life in their endless struggle against … what exactly?

None of the Western liberal-left leaders and pundits tip-toeing around Castro’s “complex legacy” who otherwise love to intone the jargon of “social justice” would accept the policies he inflicted on Cubans. They would not dare offer voters a platform of mass shootings and torture and no free elections and frozen living standards for 50 years in return for … wait for it … primitively equal healthcare.

Perhaps the worst aspect of these and many other mealy-mouthed statements from Western leaders and opinion-formers is that in ignoring the reality of Castro’s policies they show staggering condescension to the hapless Cuban people themselves: How noble, nay privileged, you are to submit to this courageous sustained experiment in true socialism! We need you! Please don’t change!

Such is the intellectual disarray and decay on the left that we end up with Donald Trump sounding honest:

Fidel Castro's legacy is one of firing squads, theft, unimaginable suffering, poverty and the denial of fundamental human rights … my hope that today marks a move away from the horrors endured for too long, and toward a future in which the wonderful Cuban people finally live in the freedom they so richly deserve.

The fact that almost no public servant anywhere in the democratic world would think of drafting clear, principled words like that perhaps goes some way to explaining why Mr. Trump won the U.S. election?

Former British ambassador Charles Crawford is the author of Speeches for Leaders.