How Poland Would Defend Its Skies from Russia's Missiles and MiGs 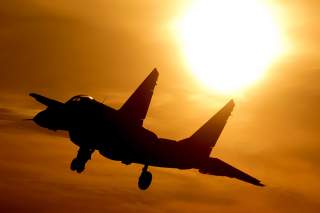 The skies over Poland are guarded by a mix of indigenous and Soviet-designed equipment. Recently, Poland agreed to buy the American Patriot missile system. This could pose integration problems with Poland’s air defense network. But due to earlier experience modernizing Soviet air defense systems, Poland has developed their own air defense command-and-control network. Efforts are ongoing to integrate Patriot into this. In this article, we’ll take a look at Poland’s existing air defense and at how they have modified their Warsaw Pact systems to work in the context of NATO.

The lowest level of air defense, Very Short Range Air Defense (VSHORAD) is handled by a combination of antiair guns and missile systems, both self-propelled and mounted. The oldest system in use is the Soviet S-60, a 57mm cannon from the immediate postwar era. After that is the ubiquitous ZU-23-2. Polish firms have modernized these with electric drives, fire-control systems (FCS), and detection systems and Man-portable air-defense system (MANPADS).

Polish MANPADS consist of license built versions of the Soviet Strela-2M design, but these are being phased out as their parts expire. The missiles that replace it are the Grom and Piorun. The Grom is an indigenous Polish MANPADS based off the Soviet Igla design. While the Soviets granted Socialist Poland licenses to produce the Igla and the export Igla-1, these licensing agreements broke down. As the tale goes, the Igla designs were bought for a suitcase full of cash sometime in the 1990s and then used to produce the Grom missile. The Grom served well in the 2008 Georgian conflict, scoring hits versus Russian aviation. It was later improved into what became known as the Piorun, with a new seeker and rocket motor.

Moving on to mechanized VSHORAD, the Grom and Piorun missiles are integrated into the Poprad weapons station. A set of four Grom or Piorun missiles are mounted on a platform with an optoelectronic FCS that can semi-autonomously track targets before challenging them with IFF signals. This could be seen as a cheaper indigenous Polish version of the Avenger missile system.

Poland also fields the ZSU-23-4 “Shilka” and their own modernization, the ZSU-23-4 “Biała” which includes integration into the Polish ADN (Air Defense Network), a new radar, a dual Grom/Piorun pod and better optic sensors. The radar and thermal signatures of the Biała are also reduced, and a two missile Grom/Piorun pod is added.

Moving up from VSHORAD, the first “large” missile Poland fields is the S-125 Newa-M, a modernized version of the old S-125 Neva missile. Old parts are replaced by modern processors, and the need for Soviet parts is eliminated and replaced by all-Polish production. The system also is now fully mobile, whereas before it was only semi-mobile.

In addition to the Newa, Poland fields the integrated launcher and radar system Kub-M3. Polish versions have the ability to receive command and targets from a centralized ADN. Also fielded is the OSA-AKM-P1 “Żądło”, a modernized OSA-AKM mid range amphibious wheeled air defense system with new datalink integration, new opto electronic passive tracking systems, and improved radar jamming and electronic counter-countermeasures capability. All analog inputs are now digital in the upgrade. Of note is of the above systems, Newa is operated by the Polish air force, and Kub and Osa are operated by the Polish army. All three systems are slated to be replaced by the new “Narew” system, which probably will be a European missile SHORAD system such as the Diehl IRIS-T launcher, or Kongsberg’s NASAMS.

Currently, the only long-range air defense in the Polish inventory is the S-200 Wega, another old Soviet missile. It is unknown if it has been modernized at all, but it’s slated to be replaced by the “Wisła” missile, the American Patriot PAC-3 MSE, which will come with its own radar system, launchers and command-and-control systems.

Integrating this missile into the Polish AND will be no small task. Currently, the ADN management systems are split up into two tiers, the ŁOWCZA-3 system for entire regiments or squadrons of air defense, and the REGA system for every lower unit of organization. ŁOWCZA-3 pulls information from all lower networks and allows units to share data on radar tracks with each other, and with the Polish air force and their ADN network.

REGA is meant for use within a single antiaircraft battery or lower, with different versions (REGA-1, REGA-2, etc.) being used for different systems. REGA-5 is an additional module that allows for cooperation with other NATO militaries via the LLAPI (Low Level Air Picture Interface) data standard. Other nations that use this standard are the Czech, Slovak and Finnish militaries.

In addition the LLAPI standard, almost all Polish ADN systems are fitted with the NATO Mark XII Interrogate Friend or Foe (IFF) systems to ensure they do not fire upon NATO aircraft during operations. Unfortunately, there is no information on how Poland plans to integrate Patriot’s ICBS capability with ŁOWCZA-3 or other Polish nets at the moment.

Information about ŁOWCZA-3 and REGA is taken from Pit-Radwar S.A. Brochures.