How Powerful Is America's Military Really? 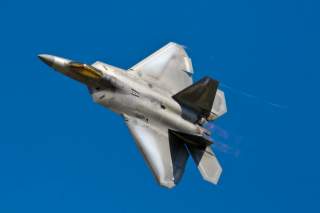 Politicians are fond of telling Americans that they have the most powerful military in the history of mankind. However, they rarely can explain how they reached that conclusion.

As it turns out, despite the seemingly endless number of government and think-tank reports being published daily, there isn’t a single index measuring America’s military power. Until now, that is.

Last week, the Heritage Foundation released the first of what will be an annual report on America’s military might. The report, entitled 2015 Index of U.S. Military Strength: Assessing America’s Ability to Provide for the Common Defense, is modeled on Heritage's widely successful Index of Economic Freedom.

The new index assesses America’s hard power, which is measured in terms of “capability or modernity, capacity for operations, and readiness,” against threats to vital U.S. interests. It also looks at “the ease or difficulty of operating in key regions based on existing alliances, regional political stability, the presence of U.S. military forces, and the condition of key infrastructure.”

The conclusion of the report is not exactly comforting: namely, America only possesses “marginal” military strength to defend its vital interests in the current threat environment. “Overall, the Index concludes that the current U.S. military force is adequate to meeting the demands of a single major regional conflict while also attending to various presence and engagement activities,” the report states. “But it would be very hard-pressed to do more and certainly would be ill-equipped to handle two, near-simultaneous major regional contingencies,” as successive administrations of both political parties have used as their benchmark for military strength.

The Index also grades each of the services, as well as the Marines and America’s nuclear forces on a five-point scale based on their capacity, capability and readiness. Only the Air Force receives an above-average grade; it is assessed as “strong,” the second-highest ranking on the scale.

The Index gives the rest of the other services and America’s nuclear arsenal the middle-of-the-pack “marginal” grade. The U.S. Army comes in at the lower end of this spectrum, owing primarily to its low state of readiness. The U.S. Navy, on the other hand, exhibits a higher state of readiness but is lacking on the capability front. Capacity is the largest weakness of the Marines, according to the Index, which also gives poor marks to the modernization and readiness of America’s nuclear arsenal.

In assessing the current threat environment, the Index discounts “trouble-some states and non-state entities that lacked the physical ability to pose a meaningful threat to the vital interests of the U.S.” As such, only six threats are considered: Russia, Iran, Middle East terrorism, Af-Pak terrorism, China and North Korea.

All of these actors pose at least an “elevated” threat to vital U.S. interests, with Russia and China judged as especially problematic. As the report explains, “While all six threats have been quite problematic in their behavior and in their impact on their respective regions, Russia and China are particularly worrisome given the investments they are making in the rapid modernization and expansion of their offensive military capabilities.” China and Russia are listed as “high” threats to vital U.S. interests.

So what kind of military force would be adequate to defend against these threats? The Index goes into great detail about the specific needs for each separate service, the Marine Corps and America’s nuclear arsenal. In doing so, the report not only discusses the force size and structure needed, but also delves into the conceptual role each service—and often times, specific forces—play in defending American interests.

The chapter on the Navy is a case in point. The report notes, for instance, that “the Navy is unusual relative to the other services in that its capacity requirements must meet two separate objectives.” The first of these is to maintain a forward presence around the world during peacetime. The second, of course, is to fight and win wars. “An accurate assessment of Navy capacity,” the report states, “takes into account both sets of requirement” when assessing the size and structure of the Navy.

The chapter proceeds to recommend having thirteen deployable carrier strike groups, thirteen carrier air wings and fifty amphibious ships. It then breaks down the purpose and components of each in terms that civilians can understand.

In fact, one of the most refreshing aspects of the Index is that it avoids the type of jargon that is usually so prevalent in reports on U.S. hard power. In that sense, it is so simple, even a member of Congress could read it. With sequestration still threatening to erode America’s hard power, let’s hope all of them do.