How Powerful Is China's Military Really? 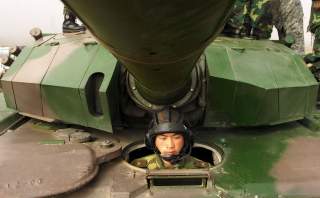 Recent publications such as the RAND Corporation’s report “China’s Incomplete Military Transformation: Assessing the Weaknesses of the People’s Liberation Army (PLA)” and Dennis Blasko’s article “Ten Reasons Why China Will Have Trouble Fighting a Modern War” mark a significant shift away from the usual narrative that China’s economic rise has led to an increasingly militarized and powerful PLA. While the PLA’s military budget continues to grow at double-digit rates, these reports suggest that the “China threat” has been overhyped. The PLA suffers from institutional weaknesses and vulnerabilities, including a lack of professional human capital with adequate combat experience, rampant corruption, and underdevelopment of non-commissioned officers. As a result, the PLA will face difficulties “fight[ing] a modern war against an advanced enemy.”

Commissioned by the U.S.–China Economic and Security Review Commission, the RAND report aims to help the United States better “understand where the PLA falls short of its aspirations” so that “U.S. planners and policymakers [can] respond more effectively to the challenges China’s impressive, but incomplete, military transformation poses.” Blasko’s article on the other hand aims to highlight ten challenges identified by PLA commanders themselves “that raise serious questions about the PLA’s current ability to fight a modern war against an advanced enemy.” While the primary audience for both reports is an American one, at least as interesting is what China might take away from the reports’ findings.

Thus far, China’s response has been limited. The PLA has yet to make any official response, but Senior Captain Zhang Junshe, a researcher at the Naval Military Studies Research Institute, has been the most vocal critic of the reports. Zhang criticizes the reports on three grounds: how the reports were derived, the authors’ objectives in writing the reports, and how the reports serve Western “political aims.” On the first point, Zhang tries to discredit Blasko and RAND’s reports for making observations based on open-source material and for exaggerating the PLA’s weaknesses, stating “It sounds as if China’s military power were not able to withstand a single blow.” On the second, Zhang criticizes Blasko personally, and insinuates that Blasko hopes the PLA will become depoliticized and that Chinese socialism to be overthrown. Finally, Zhang claims that the West has “ulterior motives” and “political aims” for criticizing the PLA. The West “exaggerates equipment advantages and combat capability” when it wants to apply for military funds, and disparages the Chinese military when it wants to support the allies and show off its military power.

Zhang’s response was likely aimed at a domestic audience as much as it was meant for a Western one because of the reports’ implications within China. These reports were not censored in China, and their sobering revelations demonstrate how far the PLA is from realizing President Xi Jinping’s China dream of developing a “strong army” with the “ability to fight and win wars.” Xi’s desire is for the PLA not only to build up modernized forces but also to have forces that are “capable of fighting, and fighting victoriously.” The RAND report also raises doubts over the PLA’s ability to fulfill its core missions, as well as former President Hu Jintao’s “new historic missions” that emphasize safeguarding China’s strategic opportunity for development, expanding national interests, and world peace.

In reality, the historic missions are a reflection of the CCP’s aspirations and goals for the PLA rather than a current assessment of the PLA’s ability to achieve them. However, the RAND report highlights that the PLA is structurally ill-equipped to achieve these goals and risks losing its credibility in the eyes of the Chinese people. It is one thing for the PLA to note its own shortcomings, but quite another for the West to highlight these weaknesses. The report also sheds unwanted light on the PLA’s leadership, questioning its command capabilities and lack of combat experience at a time when its top brass already faces scrutiny from Xi’s anti-corruption drive. Casting the reports as evidence of Western “ulterior motives” absolves the PLA leaders’ responsibility for the PLA’s weaknesses.

Still, the reports may have some unintended benefits for China. China may stand to gain as these reports and the ideas they propagate could mitigate fears of a “China threat.” Regional neighbors might be less worried about China’s military capabilities and its ability to fight. The reports might also spur the PLA to enhance its reform efforts and address these highlighted areas of weaknesses (although it is unlikely to acknowledge them publicly).

The RAND report and Blasko’s article could therefore have contradictory effects on China. Public revelations of the PLA’s weaknesses hurt the PLA’s reputation, and by association, the CCP’s, but they also might indirectly support China’s efforts to be seen as a peaceful rising power. The reports may have cast a negative spotlight on the PLA, but if China is able to use this criticism to build up good relations with its neighbors, ameliorate concern over its military capabilities, and improve its capabilities, China could use this change of public perception to bide its time and develop its capabilities.