How to Respond to an Active Shooter 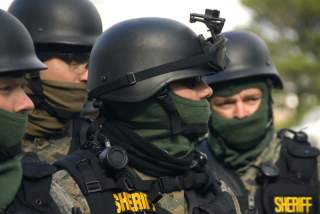 This summer, deadly terrorist attacks and crimes have taken place across the world and have many wondering how they can be safe even in the United States or Western Europe.

This violence has been conducted with a range of weapons—including a suicide bomb in Ansbach, Germany, a truck in Nice, France, a rifle at the Pulse nightclub in Orlando, Florida, and a pistol in Munich, Germany, last weekend. While most of these are clear cases of terrorism, the investigation is still ongoing in Munich.

Such violence will likely continue and every American should take the time to think about what they would do if they found themselves in danger. Specifically, do you know what you would do if you were in an active shooter situation?

Second, if you can’t safely run away, hide. Barricade doors and turn lights off. Take cover behind large objects and try to be as silent as possible.

Third, and finally, if you cannot safely run or hide, be prepared to fight. Improvise weapons and commit to defending yourself.

Consider how you would use “Run, Hide, Fight” at your place of work or other places you frequent. Importantly, check to see if your work has an active shooter plan that may be different. If no plan exists, ask for your company to create one.

From a policy perspective, the U.S. should also ensure that state and local law enforcement are trained to respond to active shooters as the local police are likely going to be the first to respond to such incidents and stop the shooter. The Department of Homeland Security operates the Federal Law Enforcement Training Centers, which provide training to local, state, federal, and foreign law enforcement officers on how to respond to a myriad of issues.

Congress should expand the Active Shooter Threat Training Program and corresponding instructor training program to ensure that the first line of response is able to engage the threat and stop further loss of life.

While the best way to stop terrorists is good proactive intelligence and law enforcement work beforehand that prevents them from ever getting to their target, the reality is that terrorists and criminals alike will inevitably succeed and we should all be prepared to respond if we find ourselves in a worst-case situation.