How to Respond to China's 'Salami Tactics' in South China Sea 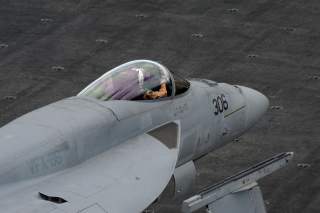 With China set to reject the upcoming ruling on the South China Sea by the UN's Permanent Court of Arbitration, what’s the next step to containing the simmering dispute?

In early 1961, Kennedy and Defense Secretary Robert McNamara realized that the US’ massive nuclear arsenal could help prevent major war with the Soviet Union, but could not be relied on for emerging challenges; lower-level conflict and intimidation in the peripheries of the Cold War.

They knew they needed a wider range of military, diplomatic, political and economic options readily on hand so that US measures could be appropriately calibrated to address these new concerns.

As Kennedy put it to Congress that year, the US posture "must be sufficiently flexible and under control to be consistent with our efforts to explore all possibilities and to take every step to lessen tensions."

Applying this philosophy to today’s predicament means developing enough flexible options up and down the full ladder of possibilities in order to quickly and credibly respond to escalatory action in the South China Sea.

That’s because a top-heavy strategy of trying to coerce the opposing sides into a resolution of the South China Sea dispute is almost certainly doomed to fail.

Influencing the behavior of China, Vietnam, the Philippines and others involved in the dispute is extremely tough.

They’ve intimately tied their territorial and maritime claims to issues of sovereignty, nationalism, and history and will be hard-pressed to change course.

But trying to push them to the negotiating table through a show of force may be more than countries like the US, Japan or Australia can stomach.

China believes it has more at stake than others and is betting that all the other countries will blink first.

That would be bad news for the region – including China, the US and Australia.

At best, it would set a bad precedent for the future of the Asia-Pacific. At worst, it would lead to a boiling over of the dispute into conflict.

The other tricky problem in the South China Sea has been China’s use of 'salami tactics'; the practice of slowly advancing its position through a series of small, incremental moves.

Each slice of the salami, such as China’s dredging and island building in the South China Sea, is small enough to make any threat of action by the US seem excessive and unreasonable.

But in the long-run, such incrementalism could mean China exercising effective control over the territory within the nine-dash line without ever resorting to majorly inflammatory actions.

Developing a series of incremental responses would help address this problem.

Constructing a flexible response requires developing proportionate reactions to meet each provocative or territorially ambitious action, beginning with improved responses at the bottom rungs of the ladder.

This would include being more vocal about interests of non-claimants in the South China Sea, clearly articulating the dangers to the region of escalating hostility, and being willing to criticize the behavior we see as harmful to the region.

A rung up the ladder would see increased dialog with news media and the release of frequent statements to heighten public awareness.

A key next step would mean not just vocalizing displeasure – but also trying to stigmatize poor behavior, such as disregard for international law.

While risky, strategies of international shaming can force countries to question their policies and whether they have been misunderstood

Indeed, shaming tactics have helped nudge countries grudgingly towards major policy shifts – for example, giving up the use of land-mines and chemical and biological weapons and enforcing human rights.

It’s also important to maintain the top rungs of the ladder to help build the credibility of the other options.

That means maintaining options such as enhancing our security relationships with regional partners which share our approach, conducting naval and airspace exercises, and building the capacity of other countries in the region.

The ultimate goal of developing a flexible response would be to have an off-the-shelf ability to actively respond to growing concerns before they become crises with the idea of pushing conflict back towards a lessening of tensions.

This first appeared in The Lowy Interpreter here.