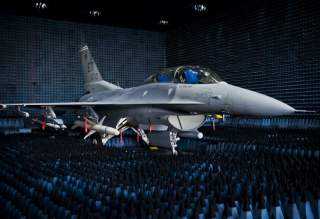 “Rommel! You magnificent bastard! I read your book!” are the words the actor portraying General George Patton screams across a battlefield in north Africa during a key scene in the Academy Award winning film “Patton.”  Patton’s statement conveys to the movie’s audience that the general was a student of war and that he read the writings of his opponents prior to battle and he most certainly had. Rommel’s book, Infantry Attacks, which detailed the lessons he learned in World War I, appeared in 1937 and the power of his arguments led Hitler to promote him to high command in World War II.  While we do not know that Patton ever said such words on the battlefield, as a student of war he certainly was aware of Rommel’s theories of war, and for Rommel, that became a problem. Today, the United States is the origin of most of the current books on conflict and how to prosecute it, and its enemies can read.

The United States, and its military, believe in the rule of law, and has sought to codify the manner in which nations interact with each other in an attempt to bring predictability and order, as well as lessen the chances of war.  To this end, it has sought to establish administrative rules to explain its actions and decrease the chances of misunderstandings among nations.  Great examples of this effort are the 1972 Incidents at Sea (INCSEA) agreement negotiated between with the Soviet Union to decrease the number of confrontations at sea between the two Cold War powers or the more recent Code for Unplanned Encounters at Sea (CUES) agreement reached between 21 nations of the Western Pacific, to include China and the United States, that provided guidelines for naval units meeting each other in a professional manner.  Agreements such as these allow for demonstrations of mutual respect, but predictability isn’t always a friend.

Both Russia and China have demonstrated an affinity for hybrid warfare and “Little Green Men” in their recent aggressive campaigns against the west.  Since 2008 China has been making greater use of its commercial fishing fleets and civil maritime security boats to challenge U.S. and other regional navies in the South and East China Sea. Their intention is clearly to avoid the appearance of a military on military confrontation but nonetheless to continue to strongly enforce their illegal sovereign claims over international waters.  Russia was a bit less covert, using Russian special forces units absent identifying patches and markings in the Crimean and Donbass regions of Ukraine as mechanisms to shoot down civilian airliners, gain illegitimate local political control and illegal Russian territorial expansion.  Both nations seem to be able to walk right up to a line that would trigger an armed response from the United States and its allies without going over it.  Perhaps they are able to do this because there is such a line, and the United States has provided a clear definition of it.

After the highly successful Operation Desert Storm in 1991, the Joint Staff inside the Pentagon began to collect the lessons learned from the operation and consolidate them in a series of Joint Publications.  Joint Pub 3.0 detailed the Doctrine for Joint Operations and detailed within its pages defined “phases” of warfare.  A phase was defined as “a period during which a large portion of the forces are involved in similar or mutually supporting activities” and in the early 1990s these phases were defined as ranging from “pre-hostilities” to “lodgment” to “decisive combat and stabilization” and finally to the “follow through” phase.  Over time, Joint planners’ thoughts evolved as they began to promote the “Win-Hold-Win” force planning model and the decision was made to increase the number of phases as a means of explaining how forces would flow between combatant theaters.  Six phases emerged: shaping, deterring, seizing the initiative, dominating, stabilizing and enabling civil authority. Shaping was considered to be phase “0” with enabling civil authority completing the spectrum at phase “V.”  From the perspective of Department of Defense, however, phase “III,” dominating, served as the focus of its efforts as the phase where U.S. forces came into contact with their enemies in full scale combat. It was a phase in which DoD exercised almost absolute control and in many ways represented the justification for broader end strength arguments. All other phases were subordinated to this core evolution.  The thought was, “if you can execute phase III, you can do everything else as well.”  But then someone else read the book.

Along the way other nations realized that the American military and their political masters liked “good” or “clean” wars with force on force contact and defined outcomes that allowed them to bring the full might of the American military to bear in a decisive campaign. Other types of competitions and conflicts, those characterized by asymmetric campaigns or forces that were not easily recognizable as combatants repulsed both American military and civilian leaders and left them hesitant.  Competitors also recognized that Americans, over time, had built up and defined a semipermeable barrier. Cross it and you trigger decisive war, stay below it and more than likely the Americans will not respond. So beginning in 2008 both Russia and China began to test the theory that emerged from their reading and interpretation of the American book of war, and it worked.  For the past eight years they have dodged, ducked, prodded and poked the United States in Asia, Europe and at sea with Little Green Men and fleets of coast guard ships and fishing boats, with great success. Today Russia sits in Georgia and the two Ukrainian regions of the Crimea and Donbass and China has managed to erect three artificial islands on reefs well within the extended economic zone of a key U.S. ally, all without triggering a military reaction from the world’s most powerful superpower.

To reverse these trends, the United States must recognize that its predictability has turned into a weapon that is being used against it.  Strategic ambiguity needs to be reintroduced back into the equation.  Instead of climbing one rung up the escalation ladder during strategic standoffs, climb two every now and then.  Make the enemy guess.  Make them nervous.

The United States Department of Defense should deemphasize “phasing” in Joint Doctrine. Instead describe the iterations of American strategic responses in another, more fluid, manner. Perhaps the United States should present its range of options as irregular waves of capabilities that wash up and down the beach, so far this time, perhaps more the next time, and possibly less in the future. Instead of a ladder-like, lineal scale of responses, perhaps present a hub-spoke paradigm with different options at the end of each spoke. Let everyone know that U.S. forces transitioning from point “A” to point “C” do not necessarily have to pass point “B”. Meet Little Green Men with little gray unmanned vehicles.

In the 70 years since the end of World War II, the United States military has been the guarantor of security for allies and partners around the globe. It’s time for the rest of the world to trust us, but not anticipate us.  It is time to reintroduce strategic ambiguity and unpredictability back to the international conversation.  It’s time to throw away the book.