How Russia's Military Plans to Counter the Pentagon's Drone Swarms 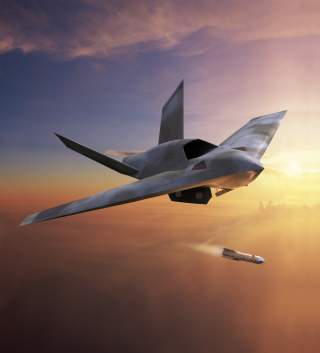 Over the past decade, Russian armed forces and Russian defense industry have made strides in developing, testing and fielding domestically produced unmanned aerial vehicles(UAVs). While lagging behind their Western and East Asian counterparts in reach, distance and strike capability, Russia nonetheless was successful in using smaller and lighter UAV concepts for intelligence, surveillance and reconnaissance (ISR) purposes, both at home and in conflicts abroad. In fact, Russian Ministry of Defense (MOD) officially states that ISR remains the primary purpose for its various UAV platforms. More specifically, the war in Eastern Ukraine showcased Russia's use of unmanned aerial systems that enhanced Russian-allied forces' ability to more accurately target Ukrainian opposition and gain significant advantage on the battlefield. This success was more remarkable considering that Moscow's allies used less sophisticated UAV technology than is currently in service with Western armies, prompting careful reviews of emerging new tactics, techniques and procedures across Russian armed forces.

If anything, Russian military is a good student of new practices and technologies, so even if they can’t match their current or future opponents drone for drone, they will seek to protect and defend their forces from imminent threats posed by rapidly developing UAV technologies and practices. In Ukraine, they were able to observe and negate the effects of small recon drone supplied by Americans, prompting a public and embarrassing expose of that UAVs vulnerability to jamming and hacking. Russian MOD has also launched countermeasures to protect and defend its forces against drone swarms, a tactic that is emerging as key in overwhelming and defeating opponents. Perhaps more specifically, Moscow is casting an attentive eye to American projects like LOCUST - US NAVY's Low-Cost UAV Swarming Technology - that consists of 30 drones operating together. According to the American plans, "such tactics... could potentially knock out radars, missile launchers or other key systems, leaving them vulnerable to other attacks... and (enemy) anti-aircraft batteries simply won’t have enough missiles to stop (these drones)." In December 2016, CEO of the United Instrument Manufacturing Corporation Alexander Yakunin told Russia's TASS news agency that “the Russian Army may get weapons against swarms of attack mini-drones in two years.” According to Yakunin, "Powerful types of such hardware with strike capabilities may become operational in the Russian Army within four years, while simpler systems may appear already in two years. Serious potential has been accumulated and real prototypes of these weapons have been created. We have demonstrated their capabilities and the results are more than convincing.”

What will that technology actually look like? One concept undergoing testing is "Repellent", developed by Electronic Warfare Development Center (EWDC - НТЦ РЭБ). Don't let the Western name fool you - this is a totally indigenous development. Designed as a mobile platform  to destroy or suppress miniature UAVs, it targets drones which "may not exceed a few tens of centimeters (less than a foot to several feet  in length), with a weight of several kilograms." "Repellent" is supposed to "detect and neutralize enemy ISR drones and suppress their communications by powerful obstruction or directional interference, as well as disable their controls, leaving them without necessary navigation and telemetry." This technology is designed to protect not only stationary objects such as military bases, airfields, and warehouses, but also troops on the battlefield.

According to designers, "Repellent" is based on a heavy three-axle truck with a mobile control room and long telescopic mast. The mast houses electronic intelligence and jamming technologies, as well as a circular camera. This complex is supposed to detect and neutralize drones at a distance of up to 35 kilometers (22 miles), an achievement that Russian considers unique, given that the closest counterpart is a British EW system capable  of targeting small drones at a distance of only 2.5 kilometers(1.6 miles). Russian developers claim that "Repellent" is supposed to detect miniature drones during day and night, and in bad weather. True to Russian form, its supposed to operate  even in the "most challenging Arctic conditions, at temperatures below minus 45 degrees and strong winds." According to EWDC Director Aleksandr Sarkisyan, "Repellent" already underwent necessary company and military testing, and MOD is supposedly considering its field deployment. To achieve greatest effectiveness against swarms of miniature drones, Sarkisyan stated that his company was also working on a "portable version that can be carried and fielded by several people for rapid deployment."

Russian daily "Izvestia" publication asked independent military expert Oleg Zheltonozhko to comment on the "Repellent." According to Oleg,  "in modern warfare, small-sized drones conduct not only ISR duties, but also assist in adjusting short-range artillery fire."  In fact, according to Lt. Gen. Ben Hodges, commander of U.S. Army Europe,  it is precisely that kind of small UAV use that proved so lethal to Ukrainian forces in their fight against Russian-allied secessionists. Oleg continued: " ...because of their small size, they are immune to conventional air-defense systems. Countering an entire flock of drones is only possible by "drowning" their control channels and satellite navigation with powerful radio interference. But a drone's control signal is very weak, and modern Russian electronic warfare systems like "Avtobaza" and "Moscow" are unable to detect and localize them." If "Repellent" lives up to its design, it may pose a serious challenge to American drone designers and operators.