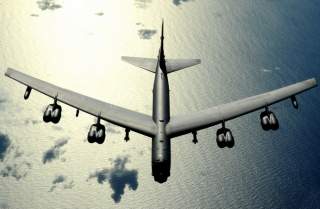 China’s growing assertiveness regarding maritime disputes in the South China Sea is not the result of a burst of nationalism or any short-term calculation. In fact, China has consistently pursued a single long-term strategy with the effective control of the entire South China Sea as its ultimate goal.

This strategy has five core features. First and foremost, it seeks to change the territorial status quo gradually, island-by-island. This stands in contrast to a strategy whereby a country tries to gobble up the entire disputed territory in one fell swoop. China first occupied the Paracel Islands in 1974 and then slowly expanded its presence southward by attacking Vietnam’s islands in the Spratly chain in the 1980s. Most recently, after a tense standoff with the Philippines, China took effective control of the Scarborough Shoal, thereby changing the territorial status quo further in its favor. China pursues this course of action in order to gain incremental advantage in the dispute while avoid upsetting the other disputants too much, thereby preventing a unified and effective response from other countries.

Second, it is founded on full-spectrum diplomacy, meaning the skillful use of every instrument of statecraft available, from military coercion and geo-economics intimidation to economic rewards and high-profile negotiations. Nowhere was this clearer than during the Haiyang Shiyou 981 oilrig crisis. China precipitated the crisis by dispatching the massive oilrig to waters claimed by Vietnam as part of its exclusive economic zone. It then maintained pressure on Vietnam by deploying a combination of coast guard ships and warships. After having denied many Vietnamese requests to deescalate the conflict, Beijing sent State Councilor Yang Jiechi to smooth out differences with Hanoi.

Second, China’s strategy relies on low-intensity but constant and simultaneous small provocations at multiple pressure points, which serve to stretch thin the capabilities of others to respond while limiting the risk of escalation to a manageable level. This prevents a resolute and unified response from China’s smaller neighbors because they are led to think that the benefits of resisting China during any given provocation are smaller than the costs of disrupting the overall relationship with Beijing. Thus major crises like the oil rig deployment are rare. Instead China has focused mainly on land reclamation activities and the incremental militarization of it artificial islands.

Third, China emphasizes the “bilateral” nature of disputes to avoid intervention by external powers such as the United States and Japan on the side of weaker claimants. Since China is much more powerful than each of its neighbors, bilateral negotiations give China the most leverage. Furthermore, by reducing the number of players involved in the dispute, China minimizes uncertainty in its planning and gains the confidence to behave more assertively.

Lastly, the Chinese strategy is heavily dependent on the non-lethal use of military coercion, which aims to create and fortify “situations of strength” rather than provoke a full-blown armed conflict. Future actions in this category would include declaring an air defense identification zone or deploying surface to air missiles in the Spratly Islands.

This strategy, known as salami-slicing, involves the slow accumulation of small changes, none of which in isolation amounts to a casus belli, but which add up over time to a substantial change in the strategic picture. The strategy’s purpose is not open confrontation but the creation of faits accomplis, which has limited the possible responses from ASEAN claimants and the international community, including the United States.

Current measures cannot effectively deter Chinese expansion in the South China Sea because they mostly take place at the macro-level and do not aim to directly change the status quo, whereas Chinese activities in disputed waters are mostly micro-level and have direct effects on the ground. The U.S. nuclear umbrella and web of military alliances can effectively deter a Chinese attack on another country but cannot not credibly deter low-intensity activities that do not involve a direct use of military force.

To counter China’s “salami-slicing,” a strategy of flexible response is needed—one that imposes immediate and proportionate costs on every Chinese escalatory action. Such a response should have four core features: it should be discrete, targeted, proportionate, and immediate.

The U.S. retaliatory response to a Chinese action should be discrete, meaning a single, independent action that can be unilaterally or multilaterally carried out at will. A clear example was the sending of two B-52s to contest China’s announcement of an air defense identification zone over the East China Sea in 2013.

It should be targeted instead of indiscriminate. This is important because it limits the risk of large-scale Chinese retaliations. At the same time, ensuring that U.S. actions are only aimed at those actively and directly engaged seeking to change the status quo in the South China Sea bolsters the legitimacy of the U.S. response. For instance, instead of imposing sweeping economic sanctions on China, the United States should respond to China’s land reclamation by sanctioning companies involved in the process, such as the China Communications Construction Company Dredging firm.

The response should also be proportionate, in that its intensity should roughly match that of the Chinese act. This limits the risk of escalatory response while allowing the costs that China would have to suffer to vary according to its own actions.

And lastly, U.S response should be carried out immediately after a Chinese escalatory action to show that there is a cost to every misbehavior, as well as to negate any potential benefits that China could reap from its action. For instance, if China deploys surface to air missiles on its features in the Spratlys, the United States should help Vietnam and the Philippines acquire assets specifically designed to counteract those Chinese capabilities.

To stop China from continuing to change the status quo in the South China Sea and militarize the dispute, the United States must be able to deter effectively. And ultimately, the greatest value of flexible response lies in its ability to send an unambiguous deterrence signal to China. As long as U.S. responses rely on actions with a primary purpose other than deterrence, such as joint exercises and freedom of navigation operations, it is not able to send a message of resolve to China because it suggests Washington is not ready to bear the costs of directly confronting China’s actions.

A flexible response strategy would show China that there is a cost to deconstructive actions. It would also demonstrate that the United States has both the will to challenge China and a specific plan to counteract every Chinese measure. And it would strongly reassures allies and partners in Asia that Washington will match words with deeds.