How the "China Dream" Can Make America Great Again 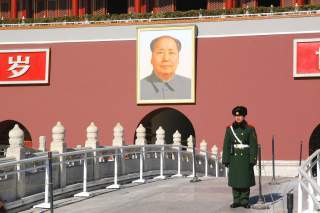 President Donald Trump has been publicly touting his ability to work with Chinese president Xi Jinping to put a damper on North Korea’s nuclear-weapon zeal. On April 20, 2017, he boasted confidence in Xi’s power to pressure the country into staving off its bomb-building addiction. The president’s gloating followed another positive set of statements that he made after he met Xi at his Mar-a-Lago estate in early April: “The relationship developed by President Xi and myself, I think, is outstanding,” he said. He later affirmed his belief that “lots of very potentially bad problems will be going away.” Trump’s change in rhetoric on China has been surprising to some, so why has Trump modified his stance and what could this mean for the U.S.-China relationship?

In his new book, Destined for War: Can America and China Escape Thucydides’s Trap?, Graham Allison, director of Harvard University’s Belfer Center for Science and International Affairs, states that Trump and Xi share a similar passion to restore national greatness to their countries. This similarity, codified in the slogans “Make America Great Again” and the “China Dream,” can allow leaders of the world’s two most powerful nations to work well together and even help avoid Allison’s Thucydides’s Trap.

How similar are Trump and Xi’s main goals?

“Make America Great Again” (MAGA) is primarily economic. It entails bringing back outsourced jobs, manufacturing and a prosperous economy. To do this, per MAGA, trade deals will be renegotiated, the tax code will be reformed and Obamacare will be replaced with something better.

The “China Dream” is also primarily economic in nature. It requires China to meet the “Two Centennial Goals” of doubling China’s 2010 per capita GDP by 2021 for both urban and rural people, as well as creating a “prosperous” nation that “reaches the level of moderately developed countries” by 2049.

Both ideas also include direct and indirect military elements. Trump’s goal calls for a strong U.S. military. One the other hand, Xi’s China Dream is not as direct. The second-centenary goal calls for a strong country by 2049, which could include numerous factors, but most certainly includes continued armed forces modernization. However, it is far less immediate than MAGA’s tenet of strengthening the U.S. armed forces, thus less threatening overall to the United States.

How can this similarity help the U.S.-China relationship?

Trump and Xi can use each other’s respective goals to get what they want: making America great again and achieving the China Dream. Already, China and the United States have agreed to a one-hundred-day review of bilateral-trade policy to find areas where they can work together. That includes reducing the United States’ trade deficit with China, which would seemingly fulfill parts of MAGA.

On the Chinese end, a reduction in the U.S. trade deficit with China would help curb inflation and positively influence the Chinese money supply. Both outcomes would help China’s economic reforms that can lead to the realization of the Two Centennial Goals of the China Dream.

Following this example, a U.S. policy that could encourage China to reduce protectionist measures for bloated state-owned enterprises and promote innovation through stronger intellectual property protection would help fulfill MAGA and the China Dream. On one hand, the United States could export more high-tech goods to China, which would reduce the trade deficit and encourage domestic manufacturing. That would create American jobs. Meanwhile, U.S. companies could better compete with Chinese firms with less financially powerful state-owned enterprises. On the other hand, reduced protectionism and enhanced intellectual property laws would assist China in transitioning to a consumption and service-based economy needed for stable economic growth, which would increase the chances of meeting the China Dream.

How can MAGA and the China Dream help the United States and China avoid the Thucydides’s Trap?

Like Allison noted, presidents Trump and Xi are cut from a similar cloth. Both employ patriotic rhetoric to describe their overarching goals and want to achieve similar outcomes. By using similar language and wanting to achieve comparable goals, Trump and Xi will be able to read and process each other’s signals and more easily identify U.S. and Chinese interests.

The slogans “great renewal of the Chinese nation” and “Make America Great Again” speak to one another. Because of this, Trump and his team will be able to better perceive Chinese foreign policy as means in which to improve China, while Xi and his team will be able to do the same. Each side does not want a war with the other. An increased clarity of U.S. and Chinese actions abroad will help reduce the risk of misperception and miscalculation that could lead to unnecessary escalation and conflict.

Furthermore, by both wanting similar goals, the administrations of Mr. Trump and Mr. Xi will be able to better identify their respective country’s interests. Upholding genuine national interests can make countries strong. Being able to more easily identify each other’s national interests can lead to greater cooperation in areas like counterterrorism. Moreover, should China and the United States be able to more easily identify one another’s national interests, both countries can develop policy plans and strategies to avoid confrontation and war, while strengthening their nations.

Despite the seeming compatibility between MAGA and the China Dream in preventing the Thucydides’s Trap, Trump and Xi should pay careful attention to one another’s timelines of success. Given President Trump will face midterm elections in 2018 and a general election in 2020, he will want to achieve the core of MAGA quickly. Attempting to convince China to move faster on areas of the China Dream that can help “make America great again” could see resistance from Xi, as Xi has more leeway to accomplish objectives in a more gradual—and potentially more beneficial—way for China. Thus, the compatibility of both goals could be reversed and China and the United States may transition to a state of greater rivalry. It will take a great deal of care and restraint for both countries to avoid pushing one another in a direction where one seems to be dominating the other.

Clearly, a war between the United States and China would be devastating for both sides. America would not be made great through war; nor would China be able to accomplish its dreams. But with MAGA and the China Dream in place, presidents Trump and Xi can use these goals to work better together, accomplish their aspirations and avoid the Thucydides’s Trap.

Image: A guard stands in front of a picture of Mao Zedong. Pixabay