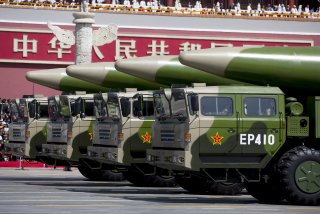 But how has the Chinese military, as an institution, viewed America? Many of the messages emanating from uniformed officials in Beijing appear mixed and even self-contradictory. The overall message it appears to be conveying is that China's armed forces have benign, peaceful intentions toward America, but they must sometimes react aggressively to destabilizing events created by others.