How the Military Plans to Win the next War: 1,000s of Tiny Drones Taking Over Your Cell Phone 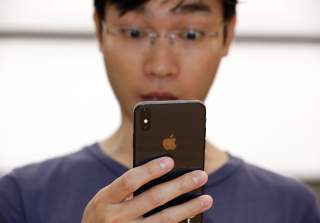 Imagine you’re a politician in a nation hostile to the United States. As you sit down to eat dinner, the phone rings. Is is a spammer with a great credit card deal or an offer to rid your computer of fake viruses? No, it’s the voice of an American soldier, speaking your language fluently, advising you not to resist the U.S. troops headed your way.

The call came not from a cell phone but from a little drone. And not just one drone, but hundreds or thousands of them swarming your nation and clogging your phone lines, radio, and TV channels with carefully prepared propaganda messages.

That seems to be the dream of U.S. Special Operations Command (SOCOM), home of America’s commandos. SOCOM has just published a list of desired technologies that, as usual, has some exotic projects.

One is titled “Micro-UAV FM, TV, and Cellular Messaging Broadcast.” It asks industry to provide micro-UAVs, weighing one pound or less, that can be used in swarms for “information dissemination.”

In addition, SOCOM wants “complete broadcast system” pods that can be mounted on both small drones and C-130 aircraft.

Propaganda leaflets dropped by airplanes have been a feature of warfare since before World War I. SOCOM wants to add a twenty-first century touch by dropping leaflets from pods mounted on small unmanned aircraft. The lightweight UAV would be capable of carrying up to 100 pounds of three-inch by six-inch leaflets, perform up to six separate drops during a mission, and has a range of 100 miles. Given the relative cheapness of drones, and the dangers of risking manned aircraft in hostile airspace, flying robots conducting propaganda missions sound attractive.

Also interesting are what SOCOM terms “electronic leaflets,” or propaganda broadcasting devices parachuted to the ground from drones. But care must be taken that they don't become bombs. “Technologies of interest should focus on Psychological Operations Products that can be air-dropped from military aircraft and float to the ground without causing injury to recipient populations,” SOCOM said.