How the New 'Energy' Affluence Strengthens the United States 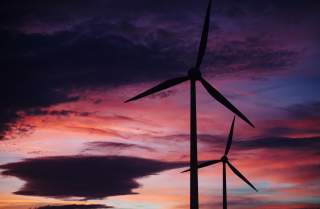 Last week when President Donald Trump threatened to impose new sanctions against Iran—OPECs third largest crude producer—commodity markets reacted swiftly. In the face of new tensions in the Middle East, the focus is again on the critical link between foreign policy and energy markets.

That is the focal point of Windfall, a new book written by Harvard professor Meghan O’Sullivan, who convincingly presents strong evidence against U.S. declinism in the context of the newfound energy abundance.

As a leading scholar of foreign policy and energy, O’Sullivan reveals how the world has moved from the fear of energy scarcity—a few years ago—to a reality of energy abundance. New technologies have led to an oversupply of oil and an emerging natural-gas glut. Thanks largely to fracking—the hydraulic fracturing of rock—the United States is now the largest producer of oil and gas combined in the world.

O’Sullivan argues that these realities have not just driven prices down, but they have actually changed the structure of markets and altered the way many countries wield power and influence. Today’s energy abundance has transformed politics in Russia, Europe, China and the Middle East. It has shaken OPEC’s grip on oil price and weakened U.S. adversary Russia. Although energy abundance upends traditional partnerships, it also creates new opportunities for cooperation—especially with China.

The unique value of this book is that O’Sullivan brings added depth into the energy debate by collectively looking at foreign policy and energy markets. O’Sullivan proceeds from the assumption that no meaningful sense of energy geopolitics can be had by focusing solely on the foreign-policy dimension. Someone who looks at the current energy abundance solely from a foreign-policy perspective would make the assumption that the United States will retreat from the Middle East due to its newfound energy independence. Yet current developments in the region are contrary to that assumption.

Therefore what is needed is a different perspective and O’Sullivan offers such a perspective. O’Sullivan’s work is deeply informed by her extensive experience in foreign-policy formulation and negotiation as a senior official in the White House. Through combining foreign policy and energy markets perspectives, O’Sullivan makes a number of somewhat surprising arguments.

In contrast to conventional wisdom, O’Sullivan suggests that the shale revolution in the United States does not necessarily lead to a decline of the Middle East. Low oil prices over a long term could lead to a situation where the Middle East actually becomes more important as a source of oil. Due to higher production costs outside the region, it is no longer commercial for many companies outside the Gulf to produce crude. In turn, this would mean that more of the oil that is consumed would actually come from the Middle East.

Many authors have written books about the world’s energy resources, but only a few of them have been able to link energy realities to geopolitics. By doing so in an accessible and comprehensive manner, O’Sullivan has made it possible for Windfall to become required reading for practitioners, policymakers and scholars. It provides an important corrective to conventional wisdom on foreign and energy policies—and shows how the United States can take full advantage of the new energy landscape.

Juergen Braunstein is a research fellow at the Belfer Center’s Geopolitics of Energy Project, which is headed by Meghan O’Sullivan.

Image: The setting sun illuminates the sky behind wind turbines of a wind park near Neusiedl am See, December 22, 2014. REUTERS/Heinz-Peter Bader ​