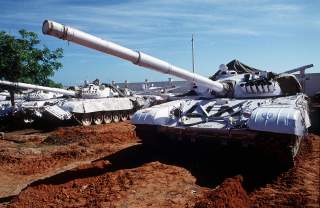 We are all familiar with the United Nations’ extensive programs in peacekeeping, disaster relief, humanitarian assistance and food aid. It takes lots of effort – and money – from many countries and private companies to collect, move and distribute the assistance and support UN peacekeepers provide in far-flung conflict zones around the world. In 2015, the UN’s 36 organizations spent more than $17 billion procuring goods and services, far exceeding the salaries for employees or the value of donated commodities.

It should not be surprising that, with so many organizations deploying people from virtually every nation on the planet that are involved in literally thousands of projects, there would be problems and even scandals. However, even leaving aside the ugly reports of misbehavior by UN peacekeepers over the decades, there have been a significant number of problems with the procurements of goods and services.

During the “Oil-for-Food” program with Iraq, a number of high UN officials were accused of taking kickbacks and rigging contracts. In this country, there have been numerous reports over the years of UN officials steering contracts for transportation and construction services to preferred bidders, often companies owned or controlled by local political interests or even criminal organizations. These entities provided substandard goods and services, overcharged the UN and at times diverted shipments and cash to other uses, such as the purchasing of drugs and guns.

But even when UN procurement activities are managed honestly, they are not necessarily efficient or entirely impartial. In part, this reflects a desire to “spread the wealth,” providing opportunities for companies in the developing world. It also is a natural outgrowth of the desire to demonstrate that the UN has no favorites when it comes to awarding contracts.

But it also reflects the outmoded character of UN procurement regulations. Often, factors that should play into the decision to award a contract, such as past performance on similar projects, safety records, organizational security protocols and even financial solvency, are not considered. This can reduce a competition to a classic price shoot-out in which a company willing to cut corners and even risk the safety of UN personnel and their cargoes readily wins over better qualified bidders. There are reports that UN procurement officials write some contracts in ways that narrowly specify the kind of equipment to be used, providing an advantage to certain companies that operate just that sort of stuff.

Take one example: the procurement of air transport services. This is a big deal, given all the people and supplies the UN has to move around the world, often on short notice, and support peacekeeping forces. The UN spends more than $500 million a year on air transportation services. Yet, when it comes to awarding contracts to provide this service, U.S. firms, often the best in the world, are virtually aced out. In 2015, the UN spent nearly $585 million on air transport services; U.S. firms won a paltry $9 million of work. This pattern repeats year after year. By way of contrast, in the same period, Russian companies won more than 20 percent of the work and earned around $120 million. Russian firms control some 75 percent of the highly lucrative helicopter transport contracts.

Beyond the problem of outmoded procurement practices, national politics plays a role in how UN contracts are awarded. Efforts to reform the UN’s procurement rules and regulations have been regularly stymied by precisely those countries that benefit from the current inefficient and unsafe system. A primary player in this is Russia. A scathing 2013 article in Foreign Policy, based on UN internal documents, recounts repeated efforts by Russian officials to manipulate the procurement process. According to the article, Russian President Vladimir Putin held a private meeting with former U.N. General Secretary Ban Ki-moon to pressure the General Secretary not to implement proposed procurement reforms. The article goes on to state that:

“The high-level intervention on UN spending marked only the latest example of Russia flexing its diplomatic muscle to protect its commercial position at the United Nations. For much of the past decade, Russia has been engaged in a systematic effort to stymie attempts to root out corruption in UN spending. The Russians have pushed out UN reformers. They’ve defanged watchdogs. And they’ve blocked internal budget reforms aimed at saving costs.”

There is a new U.S. team at the United Nations and the Department of State. Ambassador Nicky Haley has been one of the Trump Administration’s outstanding voices in demanding that the UN take on rogue regimes, stop its vilification of Israel and end its corrupt practices. Secretary of State Rex Tillerson knows everything there is to know about international contracting. Together, these two need to advocate both for UN procurement reform and for world-class U.S. companies that deserve a fair chance to compete on an even playing field for UN work. A great place to start would be in UN contracting for air transport services.