How the US Army Is Getting Ready for the Unthinkable: War with Russia or China 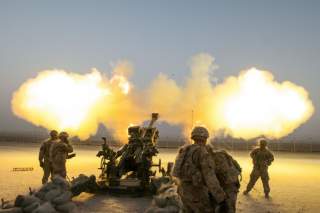 “We are excellent at counterinsurgency,” Lt. Gen. Michael Williamson, Military Deputy, Assistant Secretary of the Army – Acquisition, Logistics and Technology, told Scout Warrior in an exclusive interview. “We’re developing systems to be prepared for the full range of potential conflict.”