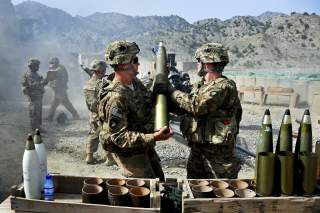 “His outlook and thought were thoroughly military, and the professional spirit which he manifested permeated throughout the ranks of the officer corps,” Huntington writes. Not only objecting to the use of the military as a police force, Sherman was also “particularly adamant in stressing the divorce of the military from politics,” according to Huntington. Most importantly, Sherman insisted that “no Army officer should form or express an opinion” on party politics. The side product of this divorce, however, was a growing civil-military gap and an alienation of the military from the rest of society in the later nineteenth century which persists to this day. Yet, Huntington notes that with Sherman begins the tradition of political neutrality of the U.S. armed forces—a key ingredient to the proper functioning of a democratic government.

Whether this would have happened without the Sherman-Stanton feud is an uncertain historical counterfactual. Given Sherman’s aversion to politics prior to the dispute, its absence likely would not have substantially altered the course of history. Yet a good argument can be made that the Sherman-Stanton feud—which had its unique public manifestation during the Grand Review of the Armies in May 1865—at least vicariously contributed to stable civil-military relations in the United States in the long run. It is also one of the few instances of a civil-military dispute threatening to turn violent. In that sense, the rift remains a somewhat understudied subject. No other U.S. military officer after Sherman unilaterally drafted a peace treaty that included a plan for postwar reconstruction and secured the signature of the erstwhile enemy. That alone makes it an interesting episode to ponder.

Whether Donald Trump’s feuding or his military parade will yield a similar interesting historical vignette for future generations or produce a positive side-effect remains to be seen.

Franz-Stefan Gady is a Senior Editor with The Diplomat.