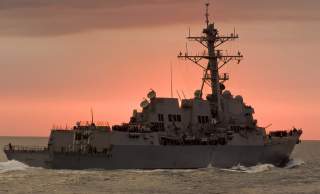 In late April, Philippine authorities began transporting building supplies to the disputed Spratly archipelago to upgrade their facilities there. The centrepiece of the US$32 million project will be the refurbishment and lengthening of the potholed runway on Thitu Island, along with solar power and desalination plants. Officials in Manila hope this will open up the islands to tourism — one of many ways regional states are attempting to ‘civilianise’ their presence in the disputed South China Sea.

With their turquoise lagoons, white beaches, abundant marine life and remote mystique, the disputed islands of the South China Sea are a largely untapped tourism resource. China opened up the Paracel Islands to tourism in 2013 but to date only one of the hundreds of coral atolls in the much larger Spratly group has been made accessible to tourists — Malaysia’s ageing dive resort on Swallow Reef. This looks set to change in coming years.

In 2010, a group of journalists from China’s state-run geography magazine made an epic voyage (on a Malaysian boat) to the most southerly part of the Spratly Islands. In the long, lavishly illustrated article that followed, they recommended opening up tourism in what they said ‘may well be the Chinese people’s best diving spot’. Three years later, in April 2013, the idea of tourism in the Spratly Islands appeared in official government planning documents, probably for the first time.

Further hints of this aspiration came in January 2016 when China marked the completion of its massive artificial island construction project by sending a Hainan Airlines Boeing 737 and a China Southern Airbus A319 to land on the new runway at Fiery Cross Reef. The political and strategic significance China attaches to such activities was illustrated again six months later when Beijing responded to the unfavourable arbitration ruling by the UN Convention on the Law of the Sea tribunal by sending two more commercial jetliners to Mischief Reef and Subi Reef.

The avalanche of propaganda that attended the flights included pilots waving red flags out the cockpit windows, and airline stewardesses posing jauntily on the disputed features. English-language state media coverage touted the ‘convenient location’ of the new airports.

Tourism in the Spratly Islands would present some formidable challenges, including potential resistance from the military, which has worked for decades to consolidate its foothold in these far-flung disputed areas. But Beijing has been accruing relevant experience in recent years.

In 2013, a cruise liner named Coconut Princess began offering tours to the Paracel Islands, which are several hundred kilometres closer to China and have been under China’s control since 1974, though Vietnam continues to bitterly contest their sovereignty. By 2016, an estimated 23,000 Chinese tourists had paid upwards of US$1,000 each to join patriotic-themed cruises to the archipelago.

And in December 2016, a Chinese airline began daily flights to Woody Island, the largest in the Paracel group — another important milestone in the civilianisation of China’s presence there.

Given the high level of underlying tensions stemming from the area’s strategic importance, and the associated precariousness of all sides’ positions in the dispute, civilian development might seem a questionable investment prospect. Why would states spend resources and involve their regular citizens in remote maritime spaces subject to constant frictions and concern about unexpected escalation?

The answer lies in the political benefits that ‘civilianisation’ offers. First, and most obviously, it consolidates the state’s position by creating fait accomplis — new facts on the ground (or water) that would require enormous effort to undo.

Second, it allows a state to present the expansion of its presence in the disputed areas as civilian, and therefore non-aggressive, in nature. China, for instance, has responded to criticism of its island-building project by claiming that it is Washington, with its aircraft carriers and spy planes, that is ‘militarising‘ the South China Sea, and not Beijing.

Relatedly, any future use of the new civilian facilities by international actors — for example, the new airports built on mid-ocean reefs — will imply acceptance of the legitimacy of China’s presence, if not its sovereignty claims. For this reason, Beijing’s professed desire to provide public goods in the area should not be dismissed as mere empty rhetoric.

Third, for China at least, ‘civilianisation’ serves important ideological purposes. Compared to military operations, which tend to require a high degree of operational secrecy, civilian initiatives are much more amenable to publicity. This allows the government greater scope to claim the domestic political credit for assertive moves in an international dispute.

Civilian initiatives may also help maximize social support behind the state’s territorial claims by giving citizens a sense of involvement in their advancement. Perhaps even more importantly for Beijing, they also maintain the official narrative that China has never acted in any way aggressively. This helps ensure that citizens are less inclined to question the claims made in their name and more willing to mobilize and fight for them should it become necessary.

Andrew Chubb is a 2017–2018 fellow in the Princeton–Harvard China and the World Program at Princeton University. He is on Twitter at @zhubochubo.