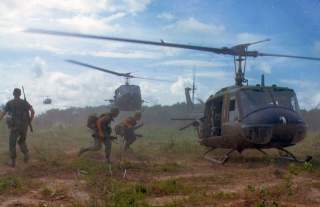 Bowden does not mince words about the cruelty and senselessness of the North Vietnamese executions, nor the casual racism and disregard for civilian refugees exhibited by U.S. forces in Vietnam. Civilians attempting to cross the shifting frontlines ran unfathomable risks. Thousands of refugees would eventually gather around the the MACV compound, where they were left without food or water for days. One U.S. soldier recalls a middle-aged woman prostituting herself in exchange for combat rations to feed her family.

After a week and a half of bloody warfare, Cheatham’s battalion succeeded in clearing the southern triangle of Hue. The task of recapturing the formidable walls of the citadel was then assigned to the fresh troops of Maj. Bob Thompson’s Alpha 1/5 Battalion. Crossing the Perfume River under a hail of fire, the new unit repeated many of the mistakes of its predecessors and suffered atrocious casualties in the opening days of its push in the citadel. For the following three weeks, Marines fought for control of citadel’s fortified towers, with soldiers scaling up stone walls as if assaulting a medieval fortress.

To an American public already leery about the escalating costs and moral compromises of the Vietnam War, the Battle of Hue established that “winning” in Vietnam would require far more time, effort and lives than it was willing to sacrifice. And it demonstrated that Communist forces were ready to sacrifice a lot.

Hue today stands as testimony to how communities can recover from even the greatest trauma given enough time. The city is now once again a center of culture, religion and even cuisine. Small family-owned restaurants along the canals beckon passersby to sample their delicacies. The imperial palace has been partially restored from the ravage of the war.

In one corner of the citadel, a small military museum with a collection of tanks, jet fighters and heavy weapons also bears some personal relics of the conflict, providing a pro-Hanoi narrative of the battle with more than a bit of swagger. A plaque under a light machine gun proclaims that it was used to “shoot down four American helicopters.”

But Vietnam today is more likely to buy an American helicopter then shoot one down, as Washington and Hanoi tentatively explore closer economic and military ties. Political differences remain between the United States and Vietnam, of course, but the deepest scars of war gradually fade as new buildings, new national projects and new generations come into being.