If America Went to War with China, What Would Washington's Allies Do? 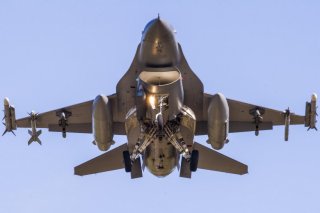 The ANZUS study released this week by SDSC in conjunction with CSIS (PDF) says a lot of interesting things about the U.S. alliance, but it seems to evade the hard issue at the heart of the strategic choices confronting both Australia and America today: what order do we wish to see in Asia in the Asian Century, and what role should America aim to play in it?

The SDSC–CSIS paper certainly raises this question, in commendably clear and direct terms:

"Ultimately, U.S. and Australian grand strategy must return to first principles: what is the regional and global order we seek; what are the ways and means we have to achieve and sustain that order; and how then does our strategic approach to China fit in?"

But it provides no answer. The closest we get is this passage from what appears to the CSIS-drafted section of the paper:

“Chinese leaders should be reassured that the United States and Australia are committed to integrating Beijing into an international order that permits it to take a larger leadership role, as long as doing so does not undermine regional security or weaken rules and norms vital to a peaceful order.”

That doesn’t help much. It doesn’t tell us what kind of order is needed to uphold regional security and what rules and norms that requires. And it doesn’t address the really critical question about who gets to decide these things, and at what cost.

This passage seems to imply that America decides—perhaps with Australia’s help—what kind of order is acceptable and what role is acceptable for China to play in it. But can we take this for granted? China’s rise poses big questions for Asia’s strategic future precisely because it’s now powerful enough to contest U.S. preferences on these questions. America and its allies can no longer assume that they can dictate the regional order or the terms of their relationship with China. These now have to be negotiated with China—or fought over.

So America and Australia each have to decide what elements of the regional order are negotiable with China, and what elements are not. We can’t assume that the two allies will reach the same conclusions. For example, Americans may decide that U.S. primacy is the only acceptable basis for order in Asia, whereas Australians might decide that a strong U.S. role short of primacy might be good enough.

That would mean America would be willing to confront and if necessary fight China to preserve primacy, while Australians would not. This is not an abstract question: it is exactly what would be at stake if a clash occurs, for example, over the Senkakus or Taiwan.

So there are very real potential differences between Australia and America over what aspects of the future regional order are worth fighting China over, and that points to the possibility of fundamental differences in the two countries’ strategic objectives. This is what threatens the future of the alliance.

The SDSC–CSIS paper seems to assume that these differences will be resolved, so that American and Australian objectives in Asia will remain as closely aligned in future as they have been in the past. The same assumption that is made by the two governments, of course. But that doesn’t make it right. And if it turns out to be wrong, then the practical measures and policy ideas proposed by the paper will mean nothing.