If the U.S. Military Attacks North Korea Is Seoul Safe? 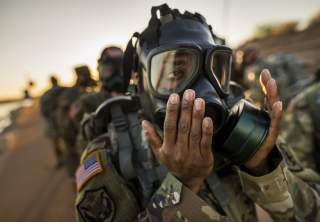 In recent days, the United States has ratcheted up its rhetoric against North Korea as Pyongyang continues to test its arsenal of ballistic missiles and nuclear weapons. During a speech before the United Nations General Assembly on September 19, President Donald Trump promised to destroy the North Korean regime in the event of a conflict.

“The United States has great strength and patience, but if it is forced to defend itself or its allies, we will have no choice but to totally destroy North Korea,” Trump said.

“Rocket Man is on a suicide mission for himself and for his regime. The United States is ready, willing and able, but hopefully this will not be necessary.”

Trump’s statement is the latest in a series of increasingly bellicose rhetoric emanating from the White House.

Earlier on September 15, America’s U.N. Ambassador Nikki Haley suggested that sanctions have run their course and it is now time to consider a military option.

“I have no problem kicking it to Gen. Mattis because I think he has plenty of options.”

“Ambassador Haley is correct,” Mattis told reporters at the Pentagon on September 18.

“There are many military options, in concert with our allies that we will take to defend our allies and our own interests.”

Asked directly if there are “kinetic” military options available to the United States that would not endanger the population of Seoul, Mattis said there were.

“Yes, there are, but I will not go into details,” Mattis said.

Additionally, Mattis noted that he had discussed stationing U.S. tactical nuclear weapons on the Korean peninsula with his South Korean counterpart.

“I said that we discussed the option,” Mattis said.

“But that's all the further I want to say.”

The National Interest spoke to a half-dozen former senior military officials and defense analysts about what kinds of military options might be available to the United States that would not risk devastating Seoul. The consensus was that there is no such option available—at least to the best of their considerable knowledge.

“I cannot imagine a military option with regard to North Korea that doesn’t come with a significant risk of large numbers of casualties in South Korea,” retired U.S. Navy Capt. Jerry Hendrix, director of the Defense Strategies and Assessments Program at the Center for a New American Security told The National Interest.

“However, given the irrationality of the Kim regime, those options must be considered seriously and kept on the table.”

Seth Cropsey, director of the Center for American Seapower at the Hudson Institute, told The National Interest that the real issue is what South Korea will tolerate in terms of risk their country and to their capital.

“I don’t think the United States is going to initiate hostilities against North Korea without informing the government of in Seoul in advance,” Cropsey said. “It’s difficult for me to imagine how the South Koreans would go for a use of force that thought to could ruin their country.”

Ultimately, it is likely that the Trump White House is bluffing and will likely revert to a deterrence posture as all previous administrations have when facing off against a nuclear-armed adversary.