Is India on the Verge of an Unemployment Crisis? 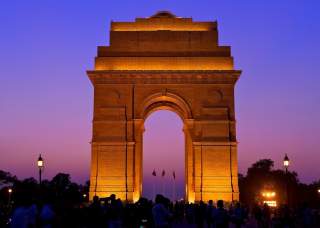 Providing enough employment opportunities in India with a population of 1.34 billion is not easy. And the fact that half of the population is below the age of 25 and will soon enter the job market will only make matters worse.

In response, the government has come up with initiatives such as ‘Make in India’, ‘Skill India’ and ‘Start-up India’ to promote employment. But the 2015–16 Annual Employment and Unemployment Survey found that the labour force participation rate (LFPR) nationally was only 50.3 per cent. And the LFPR is much lower for females than for males. The survey shows sluggish employment growth and the growth varied across sectors. While sectors such as IT have seen growth, other sectors such as jewellery, automobile manufacturing and transport have seen a decline in employment in recent years.

In 2016, India’s unemployment rate was 7.97 per cent, with rural unemployment at 7.15 per cent and urban unemployment at 9.62 per cent. In rural areas, unemployment figures are lower due to the ‘Mahatma Gandhi National Rural Employment Guarantee Act’ (MGNREGA). This act aims to guarantee the ‘right to work’ by providing at least 100 days of paid employment in a financial year to every household whose adult members volunteer to do unskilled manual work. In the Union Budget 2017–18, the MGNREGA received Rs 480 billion (US$7.5 billion). While the act has helped to lower the unemployment rates, it has not been able to tackle disguised unemployment/underemployment. And such programs focus only on unskilled employment.

To connect job seekers to potential employers, the Ministry of Labour and Employment launched the National Career Service portal. The portal is a common platform connecting job-seekers, employers, skill providers, placement organisations and counsellors. In the same month as the National Career Service was launched, Pradhan Mantri Kaushal Vikas Yojana — a skill development scheme — was launched by the Ministry of Skill Development and Entrepreneurship to help young people learn industry-relevant skills and enable them to secure skilled employment.

While these schemes may increase employability through skill upgrading, one of India’s largest employers of educated youth — the IT sector — has begun laying off employees. Companies like Wipro, Cognizant and Infosys have announced that they will downsize. While there was 8.6 per cent growth in the IT sector in the 2016–17 financial year, jobs only grew by 5 per cent, compared with 6 per cent in 2015–2016. This downward trend is predicted to continue, with a 20–25 per cent reduction in growth in employment in the IT sector over the next three years.

But this technological advancement need not impact job creation — India can instead move towards a knowledge-based economy by focusing on high-value manufacturing and enrolment in quality higher education.

Disparity in access to higher education leads to unemployment among the youth. Countries such as South Korea have successfully developed the higher education sector through private participation, while the Singaporean government has launched a program to establish partnerships between domestic and foreign universities to promote tertiary education. India could learn from these examples.

Moreover, India needs to change its anarchic labour laws which lead to creation of contractual jobs instead of permanent employment. Retail is a labour-intensive sector, and foreign investment in retail would create jobs in the both retail and related sectors like apparel manufacturing and logistics. Similarly, allowing foreign investment in sectors like legal and accountancy services will create employment as more foreign firms move to India. Infrastructure investment can also be utilised as an engine of job creation.

Finally, India needs to sign trade agreements conceding to its partners’ requests to open sectors like insurance, legal services and retail, and in return, bargain for easier work visa norms.

With these smarter policies, India can move towards permanent positions in high-value sectors, and need not fear technological advancement or unemployment.

Arpita Mukherjee is Professor, and Avantika Kapoor is a Research Assistant at the Indian Council for Research on International Economic Relations, New Delhi. The views expressed herein are the authors’ own.