Indonesia Is Building New Military Base in South China Sea 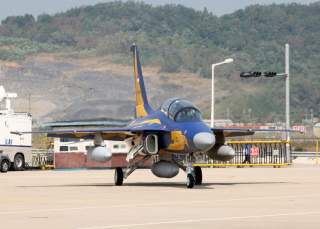 Indonesia is developing a plan to build a new military base in the South China Sea, according to local media reports.

On Friday, the Jakarta Post reported that Indonesian officials are preparing a plan to build a new military base somewhere in the South China Sea, which has seen an uptick in tensions over competing sovereignty claims. The report said Indonesia’s Defense Ministry and the The National Development Planning Board (Bappenas) held a meeting on Friday to discuss the potential locations for such a base.

“Our meeting today is aimed at synchronizing our ambition to guard the national interest and protect the sovereignty of our territory,” Bappenas chief Andrinof Chaniago was quoted as saying in the report.

“The findings from the team will be conveyed to President Jokowi [Joko Widodo], who will make his decision. We hope that in the near future, the plan will be realized,” he added.

Among the places being considered, according to Andrinof, are areas in Sambas, West Kalimantan; Natuna Islands, Riau Islands and Tarakan, North Kalimantan.

Indonesia’s Defense Minister, Ryamizard Ryacudu, who previously served as Army Chief of Staff, expressed his support for the proposed military base.

“I previously worked in West Kalimantan and I believe that building a military base in that territory is a very good decision. We have natural resources that we need to guard,” he said, according to the report.

Indonesia isn’t an official participant in the South China Sea disputes, however, in the past China's nine-dash line maps of sovereignty have included Indonesia’s Natuna Islands. This has been met by sharp rebukes from Indonesian officials.

“China has claimed Natuna waters as their territorial waters. This arbitrary claim is related to the dispute over Spratly and Paracel Islands between China and the Philippines. This dispute will have a large impact on the security of Natuna waters,” assistant deputy to the chief security minister for defense strategic doctrine, Commodore Fahru Zaini said, in March of last year during a trip to the Natuna area.

He added: “What China has done is related to the territorial zone of the Unitary Republic of Indonesia. Therefore, we have come to Natuna to see the concrete strategy of the main component of our defense, namely the National Defense Forces (TNI).”

Around the same time, Indonesia’s Military Chief General Moeldoko took to the Wall Street Journal to blast China’s claims. “Indonesia is dismayed… that China has included parts of the Natuna Islands within the nine-dash line, thus apparently claiming a segment of Indonesia's Riau Islands province as its territory,” Moeldoko wrote.

He went on to write: “The Indonesian military has decided to strengthen its forces on Natuna. We will need also to prepare fighter planes to meet any eventuality stemming from heightened tensions on one of the world's key waterways.”

More recently, in February of this year, General Moeldoko referred to the South China Sea as a potential flashpoint. “In the future, we expect that the South China Sea will be a flash point. So a task force, such as the Kogabwilhan, will be very important,” Moeldoko said in an interview.

Indonesia’s popular president, Joko “Jokowi” Widodo, has also waded into the dispute from time to time. For example, just before a trip to Japan and China in March of this year, Jokowi said “The ‘nine-dashed line’ that China says marks its maritime border has no basis in any international law.”

Outside observers have regularly pegged Indonesia as a potential leader of the Association of Southeast Asian Nations (ASEAN), and the organization’s secretariat is indeed located in the country. Thus, Indonesia’s position on the South China Sea dispute carries particular weight.

However, Indonesia has tried to take a balanced approach on the issue, and Jokowi reaffirmed in March that Indonesia seeks to remain an "honest broker" in the dispute.