Inside the Secret World of Chinese Drones 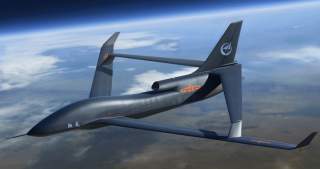 PLA theorists see unmanned operations (无人作战) as integral elements of future warfare. For instance, in a January 2016 article, Xiao Tianliang, editor of the People’s Liberation Army National Defense University’ 2015 edition of The Science of Military Strategy, alluded to “unmanned systems autonomous operations” (无人系统独立作战) and “unmanned systems and manned systems joint operations” (无人系统与有人系统联合作战) as likely to have a “huge impact” on traditional operational models (PLA Daily, January 5). As such, China’s unmanned aerial vehicles (UAVs), and in particular, the organizations, as well as educational and training programs, established to support these systems are worthy of attention.

When Xi Jinping met the PLA’s delegation to the National People’s Congress in March 2016, one of the military personnel who received particular notice was Master Sergeant Class One (一级军士长) Ju Xiaocheng (巨孝成), the director of a UAV launch site subordinate to the Army Artillery Academy (炮兵学院无人机发射站站长), which was renamed the Army Officer Academy (陆军军官学院) in 2011, in Hefei, Anhui Province (Baike, [Accessed May 7]). Based on his record of a 100 percent success rate in UAV launches, Ju has been praised as the PLA’s “golden launcher” of military-use UAVs (军用无人机“金牌发射手”) (China Military Online, March 14; China Military Online, March 15).

At the time, Xi declared to Ju, “UAVs are important operational forces for the modern battlefield. You must carry out your duties well and cultivate qualified personnel” (China Military Online, March 14). The career trajectory of this UAV team’s technician (无人机队技师), who has personally trained the majority (as of 2009, approximately 80 percent) of the entire PLA’s UAV specialty cadre (无人机专业干部), offers an interesting illustration of the process through which the PLA has developed these personnel thus far (Xinhua, May 26, 2009; PLA Daily, April 4).

Understanding the Human and Organizational Component

This story originally appeared in the Jamestown Foundation’s China Brief

Although the media and analysts have focused primarily on the technical aspects of the PLA’s various UAVs, there has been less extensive analysis of the human and organizational dimensions thus far. [1]Therefore, this initial attempt to assess the education and training for the PLA’s UAV operators and maintainers, as well as how UAVs are organized within the order of battle, seeks to contribute to analysis of the PLA’s actual operational capability with these systems. While the information available is limited, it is notable that the PLA appears to have progressed substantively in its institutionalization of education and training programs, as well as a career track for UAV officer and enlisted operators. Thus far, UAVs seem to have been deployed across all four services of the PLA at multiple levels and are also likely assigned to units under the Joint Staff Department (former General Staff Department) and, perhaps (though not confirmed), the newly-created Strategic Support Force. Despite continued challenges, the PLA remains focused on enhancing its UAV forces’ operational capabilities, while engaging in more sophisticated training exercises with unmanned systems.

The PLA’s History with UAVs

A review of the PLA’s history with UAVs is helpful to contextualize its recent advances. After the PLA acquired its first unmanned systems from the USSR (Lavochkin 拉-17, La-17) UAV, the PLA Air Force decided to develop its own indigenous unmanned systems after the withdrawal of Soviet aid (China Youth Daily, January 23, 2015). This resulted in the development of the PLA’s first supposedly indigenous UAV, the ChangKong-1 (“Vast Sky,”长空一号, CK-1) UAV, a radio-controlled target drone, based on a reverse-engineering of the La-17, which was first successfully tested in December 1966 (China Youth Daily, January 23, 2015). In the 1960s, the PLA also recovered a U.S. AQM-34 Firebee UAV in North Vietnam and reverse engineered it to create the Wu Zhen-5 (无侦－5, WZ-5), also known as the Chang Hong-1 (“Long Rainbow,” 长虹). [2] By the 1980s, China had introduced the Cai Hong-1 (“Rainbow,” 彩虹一号, CH-1), a high-altitude, long-endurance (HALE) UAV. In 1994, China imported a number of Israel’s Harpy UAVs, but its attempt to have them upgraded by Israel in 2004 was blocked due to U.S. pressure (Haaretz, December 22, 2004). While China’s capability to develop UAVs has progressed beyond an initial legacy of reverse engineering, the PLA has engaged in persistent efforts to acquire advanced drone technology through cyber espionage.

Although a comprehensive cataloguing of Chinese UAVs is beyond the scope of this paper, China has developed a variety of increasingly advanced military-use UAVs in recent years. A range of UAVs, from the hand-launched to taxiing models with extended loiter times, are capable of multiple missions, including conducting reconnaissance and communications, engaging in electronic interference, serving as launch platforms for various weapons, and also acting as targets (China Youth Daily, January 1, 2015).[3] Some of these systems have been sold to militaries worldwide, including to Iraq, Nigeria, Saudi Arabia, the United Arab Emirates, and Egypt (Global Times, April 28).

Among the most advanced of these unmanned systems are the Caihong (Rainbow, 彩虹), an unmanned combat aerial vehicle (UCAV) similar to the U.S.’s MQ-9 Reaper, which recently released an advanced CH-5 model; the BZK-005 / HY-01 medium-altitude long-endurance (MALE) UAV, used by the PLA Navy for reconnaissance; the Wing Loong (or Yilong, Pterodactyl, 翼龙), a MALE UAV similar to the Predator; and the Xianglong (Soaring Dragon, 翔龙), a HALE UAV similar to Global Hawk (DoD, 2015). There are at least three Chinese UAVs designed to carry precision strike weapons: the Wing Loong/Yilong, Sky Saber, and also the Lijian (Sharp Sword, 利剑), the PLA’s first stealth drone (China.com, August 3, 2015; DoD, 2015). In addition, the Shen Diao (Divine Eagle, 神雕), reportedly was first tested in 2015, is a twin-fuselage HALE UAV with long-range surveillance and strike capabilities that could advance China’s A2/AD capabilities (Jane’s, May 28, 2015). China has also tested an amphibious UAV, the U-560 (PLA Daily, December 11, 2015).

The PLA’s Education and Training of UAV Personnel

Given the uncertainties associated with the PLA’s deployment and future employment of UAVs, an examination of its evolving approach to educating and training UAV operators (无人机操作手) and UAV team technicians (无人机队技师) could inform assessments of the PLA’s actual operational capability with UAVs. Notably, the available information on the PLA’s development of relevant education and training reveal that these programs have advanced in their development, yet certain gaps and shortcomings in training apparently persist across the PLA.

The PLA’s education and training of UAV personnel dates back to 1994, when the former Army Artillery Academy created the first course for cadets (Xinhua, May 26, 2009). Its educational and training programs appear to have spread to other services in the years since. At least the following PLA academic institutions were found to have UAV-related programs that train future UAV officers and enlisted specialists:[4]

It is unclear how often students in these institutions operate UAVs, and it is difficult to determine the level of sophistication of their training and instruction. However, there are references to students at the Ordnance Engineering College engaging in training with UAVs that included launch, remote control, and real-time image acquisition (China Military Online, May 5, 2015). Beyond these institutions, there are also specialized training courses available to officers and enlisted personnel, and certain units have organized training exercises focused on advancing combat capabilities (PLA Daily, April 13, 2015).

Ju Xiaocheng provides a good example of the program at the Army Officer Academy, which enrolled the military’s first class of UAV-use undergraduate engineering officer cadets (无人机应用工程本科学员) in 1994. Ju, who was initially conscripted as an enlisted member in 1991 with only a junior middle school education, was assigned to the Artillery Academy’s UAV team (无人机队) at that time. Despite initially struggling with the technical aspects of his work, he ultimately became the PLA’s first “UAV specialty non-commissioned officer” (无人机专业士官) with the ability to both operate and maintain UAVs (Xinhua,May 26, 2009; China Military Online, March 15). In 1997, Ju was assigned to act as an instructor in a course on launch operations (发射操作课), seemingly reflecting a lack of more experienced instructors for UAV operations at that point (Xinhua, May 26, 2009). Since the Artillery Academy was training prospective officers to operate UAVs as of 1994, it appears that there was a shift to develop a more educated UAV cadre. In addition, at some point, the Artillery Academy also incorporated a UAV training course for enlisted personnel. [5]