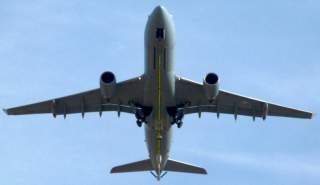 Indeed, if one visits Getafe, Spain, it is possible to see the first Qantas modified jet.

It is to be found as of the end of April 2016, in the first of the three hangars through which over an 8-month period, the commercial jet becomes a tanker.

The second is standing outside of three hangars ready to enter the process of conversion.

By the way, in the other two hangars are the first and second Singaporean tankers being built from “green” commercial jets.

With regard to the qualitative evolution of the tanker and its culture, the Air Commander Australia, Vice Air-Marshal Gavin Turnbull had this to say:

What we have given the tanker crew is what the fighter pilot experienced in the first decade of the 21st century.

We added Link 16 into the cockpit and suddenly they had situational awareness of the battlespace around them and could now work within the battlespace, rather than simply going to a tanker track and acting as a gas station in the sky waiting for the planes to come in to get gassed up.

This has meant changing the skill set for the tanker crew as well.

We need to have smart people with smart situational awareness combat skills rather than truck drivers. They now position themselves where they’re next needed.

They’re maintaining their awareness and they’re moving into the battle space, and the jets are coming off their targets and are surprised about how close the tanker is.

In fact, we’re starting to get the reverse complaint where pilots who are coming off targets don’t have time to think and reconfigure their airplane before they’re on the wing of the tanker getting some more fuel.

And what this means in practice is a more capable asset, combat team and force.

This was pointed out by Air Commodore Lennon, Commander of the Air Mobility Group, who discussed the case of working with a Marine Corps pilot over Iraq.

A USMC Hornet lost an engine, and was in danger of going down in an area where it might not be good for the pilot to land or bail out.

The KC-30A came to the Hornet and supported it as the aircraft had to fly down in a cascading pattern to get back to base.

“Link 16 can tell you where the assets are and the fuel status of the air combat force. But it cannot tell you about intentions.

You get that from listening to the chat.

In this case, the pilot was listening to the chat and discovered a problem.

He then flew to the problem.

The Marine Corps Hornet had lost an engine and could not stay level at the refueling speed, so they set up a descent pattern to work the problem.

They could not do that until they were outside of the core combat area.

They set up what is called a toboggan where you just slow the descent so the Hornet could keep up his speed to get refueled.

And of course as he transferred fuel, he got heavier which in turn made it more difficult to keep your speed up, but the tanker adjusted to the need for the Hornet.”

Air Commodore Lennon also highlighted an aspect of Tanker 2.0 in terms of new capaiblities as well.

“Airbus is working hard on building an autonomous boom where the boom will actually work out where the receptacle is and fly itself into contact.

This will ease the workload for the tanker crew, and provide significant capabilities to fuel new assets coming to the tanker, such as UAVs. It would be an important step forward.

If you have a good reliable autonomous system, then the boom operator is not tiring as quickly and so you can stay on station longer and enhance your persistence in the battle space.”

For a PDF version of this article, download here.

Editor’s Note: The Aussies are currently completing certification of their C-17s begun at Edwards with their own C-17s in Australia.

This piece originally appeared in Second Line of Defense