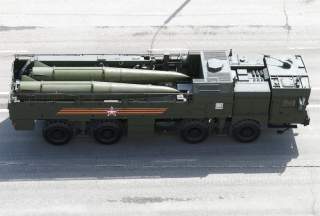 Despite Moscow’s partial withdrawal from Syria, additional Russian forces have appeared in theatre. One unconfirmed report suggests that Russia has deployed the Iskander short-range ballistic missile to the region—a potentially worrying development if true. The weapon would allow Russian forces to strike deep into Turkey, Jordan, Lebanon and Israel with virtual impunity—though Tel Aviv has been actively working with Moscow to de-conflict their forces.