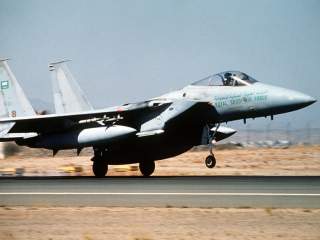 The Saudi pledge on February 4 to contribute ground troops as part of an “accelerated” campaign in Syria was followed by similar announcements from the United Arab Emirates (UAE) and Bahrain, along with hints that Qatar may also contribute symbolically. Small deployments of Gulf Arab forces are unlikely to significantly alter the battlefield in Syria, if they ever materialize. Could they, however, drive the complex proxy war between Iran and Saudi Arabia in Syria towards a more direct military confrontation?

The possible new Arab special operations deployments come as Iran’s hand in the conflict grows stronger, and the return on Saudi investment in Syrian opposition groups continues to disappoint. The opposition-held areas of Aleppo appear increasingly vulnerable to being retaken by the joint Syrian-Russian-Iranian assault and the Geneva peace talks appear to be going nowhere. The United States is also pressuring the Gulf States for greater participation in the fight against the Islamic State, while Turkey is willing to deepen its coordination with Saudi Arabia in Syria.

The big question is how Iran, and the Syrian army it supports, would react to its regional rival’s new moves on the ground. Neither Damascus nor Tehran wasted any time lambasting Riyadh. The most widely quoted response to the Saudi announcement was arguably that of Syrian Foreign Minister Walid al-Muallem, who threatened that Saudi forces would “return home in wooden coffins.”

Iranian officials released their own chorus of responses, though the tenor of their comments was condescending, rather than threatening.

The Deputy Commander of the Islamic Revolutionary Guards (IRGC), Hossein Salami, called the Saudi announcement a “practical joke,” while IRGC Major General Yahya Rahim Safavi termed it “a stupid propaganda maneuver.” Safavi and the Deputy Chief of Iran’s Armed Forces, Brigadier General Massoud Jazayeri, noted that the absence of Saudi success in Yemen made a successful deployment to Syria doubtful. Defense Minister Hossein Dehghan and Supreme National Security Council (SNSC) Secretary Ali Shamkhani commented that any escalation on the part of Saudi Arabia would have grave consequences for Turkey, Israel, and even the United States and Europe.

Behind this confidence likely lay some serious worries. The Iranian leadership has been alarmed this past year by new Saudi King Salman’s regional policies. The Saudi-led military campaign in Yemen is seen as surprisingly reckless. The King’s son, Deputy Crown Prince Mohammad bin Salman who oversees the Yemen operations, is viewed as rash and immature by the Iranians. As a consequence, Tehran is increasingly unsure how to predict Riyadh’s more aggressive behavior.

As with the Yemen operations, Iranian leaders know deployment of Saudi and Emirati special forces to Syria would necessitate American logistical and intelligence support. Turkey would also likely be assisting operations. The Iranians are unlikely to believe the Saudis will really focus on ISIS—which Tehran accuses of being sponsored by Riyadh—and will instead expect Saudi Arabia to target the Syrian government or Iranian-backed forces. The IRGC may not fear the Gulf Arabs’ ground power per se, but they may be very nervous the entry of Saudi and Emirati forces could eventually escalate to direct clashes between Iranian forces and U.S. ones.

We should expect to see more colorful rhetoric from Tehran, accompanied by threats of escalating Iranian military intervention. Iranian Air Defense Commander Brigadier General Farzad Esmaili’s recent announcement that Iran will defend Syria’s airspace if President Bashar al-Assad requests it is just such an example. Iran may not be losing a lot of sleep over a theoretical Arab military expedition into Syria, but deterring one is certainly high on its priority list.

The United States should remember that Tehran still carefully calculates its diplomatic and militarily moves on the basis of what it may or may not have to face from American forces. A more significant U.S. and Arab military presence in Syria is one of the last things Tehran wants. Iran and Russia hold the dominant leverage now in the peace talks because they are the only foreign powers conducting or directing significant military operations on Syrian territory. Iran will strongly resist any effort to change that equation.