Iran and Israel Could Go to War Next Year 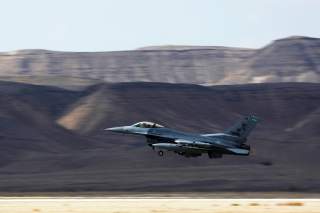 If Iran uses its Iraqi Shia Militias, Afghans, and Pakistanis, as well as its own forces in attacks on Israel, there is likely to be war between Israel and Iran by 2019. See How Iran Fuels Syria War, Iraqis: twenty thousand Shia from ten groups;

If Tehran uses its militias, and other forces drafted to do Iran’s deeds, as well as its IRGC to launch attacks on Israel, there may be war between Israel and Iran by 2019.

We asked in January if 2018 would bring revolution to Iran. Now we ask: Will Israel and Iran go to war by 2019?

By acknowledging the legitimacy of the National Council of Resistance of Iran, it would result in fewer actions by Tehran to crack down on protestors, e.g., by going to war with Israel to divert the Iranian population from domestic unrest.

The lead of the January 17 article was CIA Director Mike Pompeo. He said, “It is my full expectation that you will see the Iranian people continue to revolt against this [crackdown by Tehran on protests.]

Likewise, we lead this article, with Director Pompeo. About Israel and Iran, and North Korea, Pompeo said, “Whether it’s Lebanese Hezbollah, the threat that it [Iran] presents to both Lebanon and to Israel; whether it’s the Shia militias—you can see the impact that they're having today, even in northern Iraq; the threat that they pose to U.S. forces.” And even more to the point of our post, Pompeo also said, “There is a long history of proliferation ties, as between North Korea and Iran.” Proliferation partners share technology, making it easier for both to develop ballistic missiles and nuclear weapons.”

Regarding 2018, direct conflict between Israel and Iran is not only on the horizon, but happening now: interception of an Iranian drone over Israel, downing of an Israeli F-16, and retaliatory strikes against Syrian and Iranian targets. These converging events are opening scenes of a wider war—if Tehran continues trying to fortify its presence in Syria after the defeat of Islamic State.

See the threat by Israeli prime minister Benjamin Netanyahu to Iranian foreign minister Mohammad Javad Zarif: “Bibi” said, “Do not test Israel’s resolve,” at the Munich Security Conference on February 18. Zarif has also made threats. He warned Iran would respond “seriously,” if its “interests are not secured.”

Growing tensions between Israel and Iran, show few signs of warmth and may heat up further between 2018 and 2019. But will the countries go to war? And what would this mean for regional peace and security?

The Israeli army’s February 10 announcement that it launched a “large-scale attack” inside Syria on Saturday to target aerial-defense batteries and sites it said were linked to Iran, after one of its aircraft crashed under Syria antiaircraft fire, is a further reminder of the Islamic Republic’s malign regional activities.

There is the “latest sign of rapidly warming relations between estranged neighbors,” North Korea’s Kim Jong-un extended a February 10 invitation to his counterpart in the South—President Moon Jae-in—to commence talks in Pyongyang, just as the 2018 Winter Olympics got underway.

The administration’s October 2017 decision to designate formally the IRGC, as a Foreign Terrorist Organization—effectively blacklisting it and more than forty related entities from the global economy—is necessary to contain the regime’s belligerence.

So too are sanctions placed by Treasury on Iran in November 2017 for involvement in terrorist activity and large-scale counterfeiting. But more must be done to accelerate growing unrest in the country and support the Iranian people, by an Iran plunging toward war with Israel.

There are reports from Israeli and Arab sources about resumption of Israel’s war with Syria. The added wrinkle is in the post-nuclear deal era with the major powers, a resurgent Iran is a new player in the Israeli-Syrian lurch toward war. Indeed, a “Shadow War,” between Israel and Iran has been going on for years, bringing us closer to today's events and what is to come in 2019.

Think about the interception of an Iranian drone over Israel, downing of an Israeli F-16, and retaliatory strikes against Syrian and Iranian targets. These converging events are opening scenes of a wider war that is starting, if Tehran continues trying to fortify its presence in Syria, after “defeating” the Islamic State.

First, Iran launched an attack drone into Israel, which Israelis tracked and shot down.

Second, the Israelis sent jets into Syria to hit the Iranian command center that had sent the drone, at the Tiyas Airbase in Syria.

Third, forces backing Bashar al-Assad fired “dozens” of antiaircraft missiles, including into Israeli territory, which forced Israeli communities to go into lockdown and the pilots of one F-16 to abandon the jet.

Finally, accepting an expansion of Tehran’s military presence in Syria will sooner or later bring about a much wider conflict among Israelis, Iranians, and the so-called Popular Mobilization Forces (PMF) Shia militias. It is an umbrella organization under which other militias fall. Indeed, retired Ambassador Dennis Ross of the Washington Institute, holds that, “several of [their] . . . leaders have provocatively visited the Israeli border recently.”

Moreover, there is the fight along the Israel-Syrian border, with direct participation of Iranian units, not just the PMF.

The State Department issued a February 10 press statement that said “The United States is deeply concerned about today’s escalation of violence over Israel’s border and strongly supports Israel’s sovereign right to defend itself. Iran’s calculated escalation of threat and its ambition to project its power and dominance, places all the people of the‎ region—from Yemen to Lebanon—at risk.‎ The U.S. continues to push back on the totality of Iran’s malign activities in the region and calls for an end to Iranian behavior that threatens peace and stability.”

Second, the Pentagon asserted that it “did not participate in this military operation...Israel is our closest security partner in the region and we fully support Israel’s inherent right to defend itself against threats to its territory and its people.”

“We share the concerns of many throughout the region that Iran’s destabilizing activities that threaten international peace and security, and we seek greater international resolve in countering Iran’s malign activities,” said Pentagon spokesman Adrian Rankine-Galloway.

More than such expressions of support are necessary from State and Defense! Our studies indicate there should be an increase in arms to Israel, including replacement of the F-16 Syria air defense batteries shot down, during Israeli retaliation for the drone attack.

As Danielle Pletka of the American Enterprise Institute (AEI) states, “The United States has not availed itself of sufficient soft or hard power options vis a vis Iran in Syria, Yemen, or anywhere else in the region. Iran is rising inexorably, and inevitably, at least for Israel, there will be no choice but conflict.”

Not only is Israel at risk from Iran. It’s ballistic-missile programs give it the potential to hold targets at risk across the region, and Tehran already has the largest inventory of ballistic missiles in the Middle East. Tehran’s desire to deter the United States might drive it to field an ICBM, which like that of Pyongyang’s might target the U.S. homeland per the February 2018 Worldwide Threat Assessment of the U.S. Intelligence Community.

Prof. Raymond Tanter served as a senior member on the Middle East Desk of the National Security Council staff in the Reagan-Bush administration, personal representative of the secretary of Defense to international security and arms control talks in Europe and is now professor emeritus at the University of Michigan. Follow him on Twitter ​@ProfRTanter .

Prof. Ivan Sascha Sheehan is director of the graduate programs in Global Affairs and Human Security and Negotiations and Conflict Management in the School of Public and International Affairs at the University of Baltimore. Follow him on Twitter @ProfSheehan.