Is Iran Really Retreating from Syria? 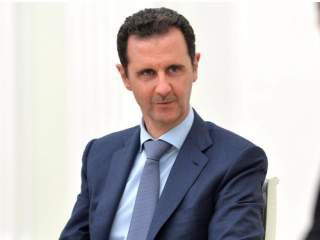 Speculation in the press is widespread that Iran is pulling back its Islamic Revolutionary Guard Corps (IRGC) officers from the front lines in Syria after experiencing increased losses during the past few months on the battlefield. IRGC Quds Force Commander Qassem Soleimani may have been injured in fighting around Aleppo. Has Iran’s campaign to support Syrian President Bashar al-Assad finally hit a wall? Are they in retreat now?

Here is some context. When Russia began their campaign in Syria in September, the IRGC reportedly put around two thousand new military personnel in the country to augment Moscow’s campaign. Prior to the Russian push, Iranian officers in the country had primarily played an advisory role for Assad’s regular army, organizing the deployment of Syrian national and foreign militias to the frontlines. As Russian operations commenced, the IRGC decided to embed their officers into smaller units deeper in the field.

The Iranian moves show some interesting parallels to how the US military shifted tactics in Iraq at the beginning of 2007. This could reasonably be described as an IRGC “surge,” with the Guard employing more advanced counter-insurgency tactics such as moving specialized troops out of headquarters and into forward operating bases. In concert with forward deployment, Iranian casualties began to mount.

Now those numbers are likely coming down, perhaps as to as few as 700 IRGC personnel. Why?

One explanation is that Iran may actually be in ‘retreat’ as Tehran and Moscow’s operations encounter serious problems. Russian officials have suggested that Moscow is very frustrated with the Syrian Army’s—and perhaps the IRGC’s—performance in the field. Russian President Vladimir Putin may fear he has found himself in a quagmire and may not be able sustain operations over the long term. The IRGC losses may have even prompted Iranian President Hassan Rouhani to ask the new deployment to be cut in half.

But this explanation does not hold up well, and not simply because Iranian Deputy Foreign Minister Abdollahian outright denied rumors that Iran is pulling back in Syria. The joint Russian-Syrian-Iranian campaign has not had spectacular gains, but neither has it had serious losses. It is not failing, instead it grinds on.

Iran has also not changed its commitment to preserving Assad’s regime. Earlier on in the conflict, Western leaders underestimated how far Iran would go to preserve its Syrian ally. That strategic imperative has not shifted. Even if Iran’s military plans are running into new obstacles, setbacks are likely to only result in reevaluation and re-strategizing.

Rumors of an Iranian ‘retreat’ could also be disinformation from either Tehran or Moscow. The idea of Iran pulling back would be a beneficial ploy as diplomatic talks over possible ceasefires and political transitions heat up. The Saudis have demanded that Iran reduce its military and security presence in Syria if they are to back any political settlement. The perception of Iranian withdrawal could help soften Saudi insistence that Assad cannot be part of any final political solution.

This IRGC troop movement is much more likely to be a redeployment. The personnel losses may have indeed surprised the leadership in Tehran, but that would likely lead to a tactical recalculation rather than a strategic retreat from their military objective of shoring up a viable Syrian state under Assad.

A drawdown may have also been the original plan between Iran and Russia. Both sides would push hard for three or months and gain enough territory for the Syrian regime to improve their negotiating position for a potential political settlement. Their ‘surge’ may just be winding down.

In either case, as global powers meet this week and in the coming weeks to search for a settlement to Syria’s civil war, Iran is not yet ready to give up its seat at the table, particularly, when its in a strong position to shape or spoil the settlement. Why weaken your hand now?

J. Matthew McInnis is a resident fellow at the American Enterprise Institute (where this first appeared).