Iran Talks: Practical Considerations in a Race to the Bomb 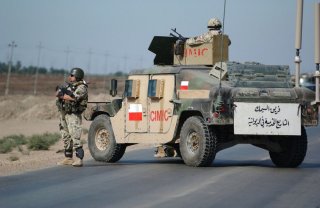 Over at LobeLog, former French diplomat François Nicoullaud lays out the remaining issues in the Iran nuclear talks this week. He calls attention to the important issue of breakout time—how long it would take Iran to develop a nuclear weapon if it chose to expel international inspectors and rush for the bomb. Leaving Iran with a vast number of centrifuges would allow it to enrich its uranium stockpile to weapons grade more quickly, so the West is eager to limit Iran’s centrifuge capacity. Western nuclear experts typically estimate that Iran’s present capacities would let it make a bomb’s worth of weapons-grade uranium in about two months. Reducing Iran’s centrifuge capacity below its present level could make that time longer, but Iran has resisted dismantling existing capacity. This is an important obstacle to a final deal.

Nicoullaud suggests the fixation with breakout time is misplaced. He correctly notes that “having enough highly enriched uranium for one bomb does not mean having the bomb.” An Iranian nuclear breakout would require constructing the bomb itself—not a simple engineering feat. Iran would also have to develop a way to get the bomb to its target, which would require making a bomb small enough to fit atop a missile—another engineering challenge—or delivering the bomb by a less reliable method, like dropping it from an aircraft (Iran’s air force is in miserable shape) or smuggling it into the target country (very risky). And a truly reliable nuclear deterrent would require more than one device, which in turn requires more enrichment, lengthening the breakout.

Nicoullaud is thus technically right to resist the conflation of enrichment capacity with actually having a usable nuclear weapon. But from the standpoint of practical policy, it’s not so simple. Enrichment infrastructure is a big, relatively easy target for intelligence collection, especially since the international nuclear nonproliferation inspection regime gives leaders a fair bit of information without any major spying necessary. And enrichment infrastructure is hard to hide. All this isn’t true of bomb development or missile development. That means that Iran might develop these other components of a deliverable nuclear weapon in secrecy. Enrichment capacity is, then, the only part of a breakout that can be reliably monitored. It’s appropriate to make it a point of focus.

Nicoullaud also questions the political merit of a longer timeline: “One wonders why the international community would need more than one or two months to properly respond to an Iranian rush for a bomb. If it can’t make it in two months, why would it succeed in six?” In other words, two months should be enough time to mobilize the international community in support of a response firm enough to either make Iran change its mind or prevent it from completing the breakout. Given past statements by American and Israeli leaders, war would likely be an element of that response. And it’d be a nasty war, too. The economic damage could be serious and global. The attacker would thus be risking major diplomatic setbacks, and would want to have as many countries supporting it as possible. (A wide coalition would also make Iran feel more vulnerable to future attacks should it decide to rebuild its destroyed nuclear capacity.)

Forming coalitions isn’t easy, and rushing the process can only make it worse. The United States would need to mount an intense effort in diplomacy, international institutions, and the media to get unsure allies on its side. But we’ve done this before, and it didn’t work very well. The run-up to the Iraq War in the fall of 2002 and early 2003 saw America essentially create an international crisis where none had existed, a crisis serious enough to destabilize domestic politics in places like the Netherlands. Yet America’s power to force other nations to a decision point did not translate into a power to get those nations to support us, or to sustain that support. The “coalition of the willing” was small and flighty, with many participants withdrawing when the war got bloodier and even more unpopular. (And many of the more reliable participants didn’t care much about Iraq, either—they had already wanted to deepen or maintain their ties to America, and saw supporting its war as a way to do that. America presumably could have found constructive, mutually beneficial outlets for those desires—an opportunity foregone.)

A longer breakout time would thus be an asset in avoiding a rerun of that diplomatic disaster in the event of an Iranian rush for the bomb. But Iraq was also a military disaster. Longer breakout times won’t be of much use in preventing another one of those.