Iran and the Nuclear Sanctions Debate 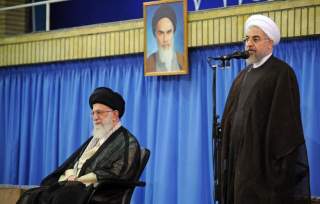 Sanctions Can Prevent Nuclear Weapons Programs, But They Don’t Stop Them

The biggest successes from economic sanctions come before they are ever used. After China had its first nuclear tests in the 1960s, members of the Kennedy administration feared that it would not only weaken the United States’ position in Asia, but unleash a cascade of proliferation that would ultimately result in West Germany’s acquisition of the bomb.

States that have relied on the United States’ conventional and nuclear umbrellas also relied on access to the open economic order constructed and supported by the United States after the Second World War. A number of states that have fallen under the United States’ “sphere of influence” have eschewed nuclearization—from Japan to South Korea, Taiwan and Germany, because the benefits of the bomb were outweighed by the costs of sanctions (namely, losing access to the international economy). Even where the logic of international anarchy would seem to dictate starting a nuclear program (as in the China case or, more recently, with North Korea’s series of nuclear tests), the prospect of incurring sanctions and losing access to American markets and security guarantees has deterred a number of states from attempting to join the nuclear club.

Sanctions Give Nuclear States Incentives to Redouble Their Nuclear Efforts

Social scientists and historians often focus on what they can observe. Because we seldom see sanctions preventing states from giving up the bomb, we mistakenly equate this with the idea that sanctions never work.

When sanctions are imposed on states pursuing the bomb, they serve as a boon for pro-nuclear lobbies. States pursue nuclear weapons for a variety of reasons: because they have rich supplies of the materials needed to build the bomb, nationalism, domestic politics or the security dilemma. Whatever states’ initial motivations are, nuclear-weapons programs are rich sources of rents. They allow the bureaucracies responsible for developing a nuclear weapon to grab a larger slice of the budgetary pie.

Second, because nuclear-weapons programs invite sanctions from the United States and a number of other states, they provide protection for struggling industries. In a number of instances, these states are pursuing import-substitution as an economic strategy. Sanctions are something to be welcomed, not an instrument of statecraft to be avoided. While Rouhani’s Iran has hinted at wanting to become more open to the world economy, in previous decades Tehran has pursued protectionism over free-market liberalism, as did Saddam's Iraq.

Implications for the Talks with Iran

The book has yet to be written about Iran. Proponents of engagement, such as Trita Parsi, have argued that coupled with the Arab Spring, the economic pressures brought on by the sanctions have rattled the regime. This perspective suggests that Supreme Leader Khamenei prefers to uphold the regime to acquiring the bomb. A successful bargain would ameliorate tensions with a long-standing adversary, prevent the outbreak of a war and could open the door to cooperation across other shared areas of interest between Washington and Tehran. Furthermore, the sanctions responsible for having damaged the Iranian economy (along with Mahmoud Rafsanjani’s mismanagement) were responsible for Rouhani’s victory in the 2013 presidential elections. Should a comprehensive deal be reached in November 2014, the sanctions will have played a significant role.

Some publicly circulated reports in the United States suggest that elite Iranian decision makers have not made up their minds as to whether they want a nuclear weapon. Many hawks in the United States and in Israel disagree, believing that the regime in Tehran is bent on acquiring such a capability and are simply playing for time. According to this perspective, any deal would be used to unwind the sanctions regime as a means of strengthening the Iranian economy. Once prosperity returns, the mullahs will covertly reinvest in the nuclear program.

What Happens After Unipolarity?

Much of the literature on the relationship between the use of sanctions to combat nuclear proliferation has rested upon the preferences of the United States. However, what happens if the United States ceases to be the world’s global hegemon? For instance, what if the world remains unipolar, but America is succeeded by China? Or, if the United States remains a great power, but the world becomes bipolar or multipolar?

Scholars such as Matthew Kroenig have argued that it is force, rather than friendship, that determines states’ attitudes toward nuclear proliferation. Great powers tend to take a hardline toward nuclear proliferation because it interferes with their ability to project military force. Weaker states are more sanguine about the threat because they are relatively unconcerned with their ability to project force.

Dr. Albert B. Wolf is an Israel Institute Fellow with the Leonard Davis Institute for International Relations at The Hebrew University of Jerusalem.  He is currently writing a book examining the effectiveness of coercive diplomacy in curbing nuclear proliferation.