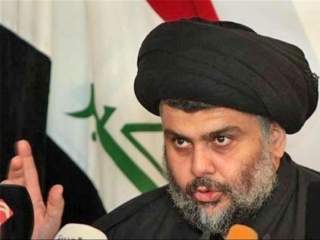 The Iraqi political crisis, triggered by public anger over monumental levels of government corruption, only continues to worsen after the storming of the parliament in Baghdad on April 30 by supporters of Shia Cleric Moqtada al Sadr. His militia reportedly may be mobilizing in response to the government’s inability to maintain security following a series of suicide bombings  by the Islamic State that killed more than 100 people in Baghdad over the past week. Sadr himself has apparently gone into seclusion again in Iran, raising many questions: Who is guiding his forces? How worried is the leadership in Tehran about these recent events? More importantly, is Iran’s 13-year project to shape the Iraqi state into a reliable partner seriously at risk?

Since the 2003 US-led invasion, the Islamic Republic has led a sustained effort to ”Iranianize” Iraqi governmental, religious, cultural, economic and security infrastructures. Central to this campaign has been Tehran’s creation and support of different Shia political and militias groups. Iran’s classic approach of backing multiple horses as they jockey for power and influence has largely worked in its favor. Not only are the odds good that Iranian allies will normally have a majority of power in the parliament and government ministries, but fueling a certain level of competition and instability prevents the emergence of what Tehran fears most: a strong, independent-minded or even Sunni Muslim-led Iraqi state. Iran’s leadership aims to keep the political thermostat in Iraq halfway between total state failure and Saddam Hussein 2.0.

There are serious downsides to this approach for the Islamic Republic, as well as for Iraqis themselves. The Iranians will work with anyone who could helpful for their regional objectives, including Sunni Arabs.  They build the strongest relationships with those that they trust the most, however, which are normally Shia groups. Even if Iran did not set out on a deliberately sectarian course in Iraq (or Syria or Lebanon or Yemen), its foreign policies inevitably exacerbate sectarian tensions and resentments. The Islamic State easily exploited the belief that Iran has taken over the government in Baghdad and disenfranchised Sunnis to aid its rapid rise to power in northern and western Iraq.

The Iranian government’s deep manipulation of Iraqi politics and security enrages not only Sunnis.  Even though Moqtada al Sadr and his militia are deeply indebted to Iran for its support, they still want and need to demonstrate independence from Tehran’s guidance. Sadrists often have difficult, competitive relationships with the groups Iran trusts more, such as the Islamic Supreme Council of Iraq (ISCI), Badr Organization, Asa’ib Ahl al Haq (AAH) and Kata’ib Hezbollah (KH). AAH and KH actually broke away from Sadr in 2005 under the Islamic Revolutionary Guard Corps-Quds Forces’ guidance and are far better trained and equipped than any of the Iraqi cleric’s forces.

Perceptions of Iranian dominance and interference also stoke Iraqi nationalism and resentment across the ethnic and sectarian spectrum. Tehran certainly did not create Iraq’s current staggering levels of ministerial corruption, but its explicit backing of former Prime Minister Nouri al Maliki (the deeply sectarian and corrupt father of the current crisis) and support of multiple political figures has fueled a perception in the population that an Iranian hand has been puppeting Baghdad’s bureaucratic failures. The Iraqi people’s anger at both Baghdad and Tehran has driven several months of protests outside the walls of the Green Zone and demands for a new technocratic cabinet that current Prime Minister Haider al Abadi is trying to form over the resistance of the entrenched political parties.

The ever-opportunistic Sadr is exploiting that anger. He has always held more nationalistic aspirations that transcend sectarian politics. Sadr sees himself as an Iraqi hero and kingmaker as much as an Islamic religious leader, but the current status quo in Baghdad is not working for him either politically or financially (there are rumors he is supposedly almost broke and these protests at the Green Zone are very expensive to maintain). At heart, this is a power play to level the field against Sadr’s Shia political rivals and, ironically, wring greater access to patronage networks from the system via some creative destruction.

Everyone is frustrated with Abadi and his seeming inability to make the needed reforms and tough decisions. He was chosen in 2014 because he did not have a strong constituency, and therefore threatened no one. Today, this means Abadi has almost no political base to mobilize in the fight for major changes. The prime minister and Sadr recognized their relative weak positions individually while sharing a common cause in altering the status quo.

Where is this crisis going? Despite Abadi’s failure so far, he is probably safe for now. There is no one else ready or able to take his place. Support for bringing back the disgraced Maliki is certainly minimal these days. Sadr’s conversations with key leaders in Tehran, likely centered on Iran telling him to knock it off.  Some kind of payoff for him and his organization may be coming. For Iran, a serious intra-Shia conflict or even civil war inside Baghdad and the south would be an even greater disaster than the one posed by the Islamic State when it invaded northern Iraq in 2014. Tehran will almost certainly seek a mutual de-escalation and some political consensus that helps both sides save face.

The Islamic Republic’s ‘Iraq project’ is probably not about to fail anytime soon. The Iranian leadership has probably determined that they have a Sadr-management problem rather than a larger Iraq-policy problem. But what if that is not the case? What if Sadr stays in Iran indefinitely, but the Baghdad protests continue and his militia has mobilized itself? What if large-scale riots target Iranian backed groups in the south? Preserving their interests in Iraq is an existential issue for the Iranians. Even more heavy-handed intervention to quell resistance to the Islamic Republic’s goals in the country cannot be ruled out. It is a potentially dark path that should remind U.S. policymakers how much our end states for Iraq differs from Iran’s.