Iran's Next Move in Its Rivalry With Saudi Arabia 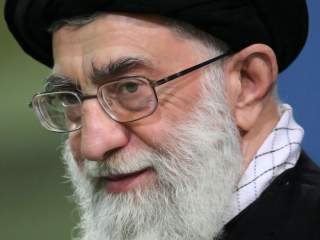 The attacks on Saudi Arabia’s embassy in Tehran and its consulate in the eastern city of Mashaad last week by supposedly spontaneous and unsanctioned mobs have been a public relations disaster for Iran. The majority of Gulf Arab states broke or downgraded ties with the Islamic Republic amidst widespread condemnation of the Islamic Republic’s inability to protect diplomatic facilities on its soil. Will Iran escalate the situation further?

The short answer is likely not, but the region may still be heading into even more uncertain waters than we saw in 2015. Iranian leaders remain enraged over Saudi Arabia’s execution of its most prominent and popular Shia cleric Sheikh Nimr al Nimr, the catalyst for the embassy wrecking mobs. Al Nimr had been imprisoned by Saudi Arabia since 2011 and sentenced to death for inciting instability in the Kingdom’s minority Shia population. The royal family saw him as an agent of Tehran, while Iranian leaders embraced his persecution as a cause célèbre for Shia worldwide.

These comments raised significant concerns that Iran’s Islamic Revolutionary Guard Corps (IRGC) would seek to retaliate against Saudi Arabia. Iran has often spoken out against the Saudis’ treatment of their Shia population and had warned earlier that carrying out al Nimr’s death sentence could have grave consequences. The fact that Riyadh finally went through with the execution would have certainly been taken in Tehran as a direct challenge. Potential terrorist attacks against Saudi interests, including cyber strikes or assassination campaigns, could be on Iran’s agenda. But a number of factors will likely mitigate that threat and undermine Tehran's willingness to escalate the crisis.

First is Tehran’s recognition that the embassy attacks were a huge mistake and embarrassment. President Rouhani criticized the violent protests as “unjustifiable” and “damaging” to Iran’s reputation. Iran’s Law Enforcement Forces claimed to have arrested fifty individuals in connection with the attacks. Even more hardline members of Iran’s parliament expressed the need for the perpetrators to be “seriously dealt with.”  Some Iranian officials are even promoting conspiracy theories that organized foreign agents were behind the embassy attack to deflect official blame.

This rhetoric is a positive sign. Iranian leaders clearly understand that the violation of diplomatic facilities is simply unacceptable, particularly following the U.S. embassy hostage crisis from 1979-81 and the 2011 attacks on the UK embassy in Tehran. Iran often rejects international norms it is sees as representations of Western imperialism or threats to its system of governance, but its responsibility to preserve the inviolability of diplomatic envoys and embassies is clear.

Second is the desire to avoid further strain on Iran’s political and military positions in Syria and possibly Yemen. Despite Iran’s halfhearted approach to the current United Nations-facilitated negotiations for ceasefires in both conflicts, Tehran does not need Riyadh and Abu Dhabi accelerating support for their aligned militant groups, or further undermining Iran’s position in the talks.

Third is the fact that the execution of al Nimr did not represent a direct security threat to Iran. The protection of the Shia and Shia holy sites worldwide is a primary driver in Iran’s foreign policy. This principle, though, is normally subordinate to the Islamic Republic’s need to preserve the current regime, further its ideological and economic interests and endeavor to lead the entire Muslim world. Had Saudi Arabia had attacked Iranian personnel, economic interests or territory a more overt military reaction would have been expected.

Fourth, and perhaps most importantly, Iran may be deterred by fears of how far Saudi Arabia could be willing to escalate this. Tehran has been nervous about the new Saudi leadership’s assertive and less predictable security policy since King Salman ascended the throne a year ago. As a determined Riyadh becomes more independent from Washington, the risks to the Saudi Shia population and Iranian regional interests may only worsen from Tehran’s perspective.

Iran's rage over the execution will continue to boil. Tehran may still attempt retaliation through cyber attacks or increase its covert activities in Yemen and the Gulf. These heightened tensions will raise the risk of miscalculation in the Persian Gulf and the Strait of Hormuz, especially if the IRGC continues provocative missile testing and exercises.

Tehran is very unlikely to initiate direct conflict with the Gulf States, however, and will try to limit any further escalation. Iran knows it blundered after al Nimr’s death and will be unwilling to risk further isolation and diplomatic damage in the face of the Saudi-led reaction in the region. This is a good reminder for U.S. policymakers. When faced with determined opposition and public shaming of bad behavior, Iran backs down.