ISIS Challenge in Iraq: Why America Should Work with Iran 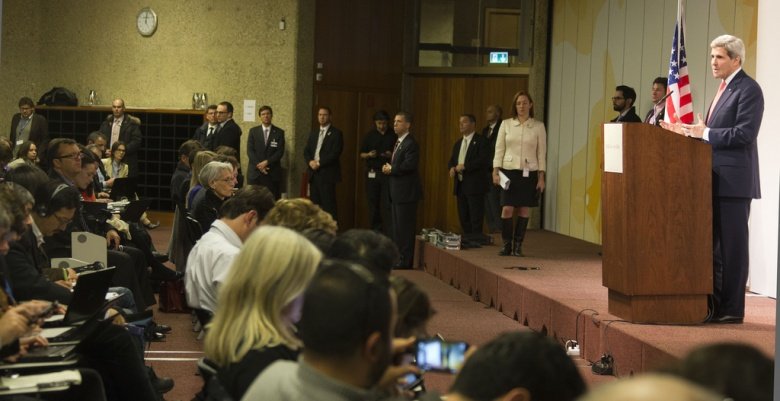 The US should seize the opportunity presented by the Iraq crisis to reach out and engage Iran. The threat posed by ISIS and radical jihadism as well as the potential for further regional instability represent important areas of mutual strategic concern for both countries.  By engaging the Iranians, the US will gain the critical ability to shape the course of events without getting bogged down in the conflict.  It will also help the US build a working relationship with Iran that could ease the current nuclear negotiations forward and lay the groundwork for future cooperation when a successful deal is reached.

First, US engagement will make certain Iraq does not become wholly dependent on Iranian aid and that the US will play an important role in shaping the operational environment.  Iran’s Revolutionary Guards are already in Iraq advising and assisting the government on the military operations.  Iran has openly declared its ability and intent to help Iraq, and it has the recent experience of success in Syria to effectively do so. The current conflict means that Iran’s influence and penetration of Iraq will only increase and become more entrenched than ever before. By assisting the Iraqis and working with the Iranians, the US can create mutual dependencies between the groups and enable the US to influence the operation of the fighting and the political balance between the different parties.

Second, the US will be more effective in trying to reach a political solution to the conflict by engaging Iran.  The current crisis cannot be solved simply through military means; it requires a political solution more importantly.  The increasing monopolization of power by the government of Prime Minister Nouri al-Maliki had alienated the Sunni Arabs and the Kurds and excluded them from governance.  To forge a broader and more inclusive coalition to lead Iraq, the assistance of Iran will be critical as it is an influential power behind the scenes.  By engaging the Iranians, the US can shape the political process necessary for the reformulation of power in Baghdad.

Third, the cooperation between the US and Iran will do much to build confidence between the two countries that would serve to help the current nuclear negotiations.  It would also establish the parameters for a future working relationship between the US and Iran should the negotiations succeed.  A history of mutual hostility and the lack of trust between the countries pose important challenges in the current negotiations.  On the Iranian side, for example, whenever I travel to Tehran, hardliners have repeatedly voiced their suspicions of US willingness to engage them to me and frequently raise the issue of mistrust when discussing the negotiations.  Cooperating on such a mission can do much to dispel these ideas and open the environment for more fruitful decision-making on the nuclear issue.

While detractors may claim that by doing so the US will give Iraq to Iran on a silver platter, the US will actually be strengthening its own position in the country.  By not doing so, Iran will be the sole benefactor of the crisis as it begins to assist Iraq just like Syria.  Of course, the US should be highly cautious of providing direct military assistance to the current Iraqi government so as not to appear to have sided with the Shia in the sectarian conflict.  However, by engaging Iran privately and working with all regional partners in reaching a political and military solution to the crisis, the US will be effective in promoting political stability and greater social inclusion in Iraq.

Payam Mohseni is the Iran Project Director and Fellow for Iran Studies at the Harvard Kennedy School’s Belfer Center for Science and International Affairs. He is also a Visiting Assistant Professor at Harvard’s Department of Government where he teaches on Iranian and Middle East politics.