ISIS Is Hurting in Syria and Iraq...and Striking Back Globally 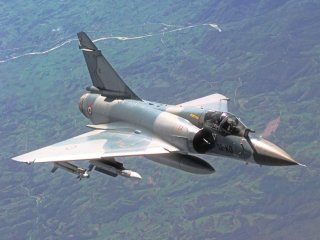 As French authorities attempt to gather a complete picture of the tragic events in Paris last Friday that led to the deaths of at least 129 people, and more than 350 injured, there’s little doubt that the threat we thought ISIS posed has shifted considerably. This shift creates acute problems for the security apparatus of the state and poses serious questions about how to deal with ISIS in the longer term.

Over the past 18 months, the reach of ISIS into ‘western’ nations had been via attempts to inspire ‘lone actors’ to carry out attacks against authorities and civilians in any way possible. ISIS thus focused on the creation of a so-called ‘caliphate’ in Iraq and Syria. That threat manifested itself in attacks in Australia, Belgium and Canada, amongst others. But we now see a threat that’s morphing and is likely to intensify over the coming months.

ISIS has claimed responsibility for a range of attacks over the past two weeks that illustrate this change. The downing of a Russian aircraft killing 224, suicide bombings killing 43 in Beirut, and now the attacks in Paris, have demonstrated ISIS’s ability to extend its geographical reach and its operational capability.

From an operational capability perspective, over the past two weeks, we’ve seen ISIS’s ability to conduct a range of terrorist operations; placing an explosive device on an aircraft and circumventing airport security in the process, conducting multiple suicide bombings, and carrying out coordinated multiple-target operations in urban environments including hostage taking and executions.

ISIS has clearly advanced its capacity to conduct a range of mass casualty attacks with a high degree of coordination and planning and an ability to conduct those operations in short thrift. Let’s be clear, even at the height of its powers, this wasn’t something that al-Qaeda could or had even attempted to achieve.

Those actions are directly related to fact that ISIS is hurting in Syria and Iraq—they are wounded, losing territory and support. Allied airstrikes combined with increasingly effective local ground forces are demonstrating significant results. But ISIS’s response is clear: ‘take the battle to its enemies’. It is an act of desperation, but one which will be attempted again and that presents significant problems in responding.

In the wake of any terrorist attack government security agencies will diligently go through a ‘lessons learned’ process, meaning that they will assess if they are prepared for the type of attack they have just witnessed. Such a process was conducted after the 2008 Mumbai attacks. Police agencies subsequently trained in military tactics and upgraded their weaponry in order to counter this type of marauding attack.

Australian security forces need to quickly and systematically assess if they’re ready for such a multi-pronged attack, and begin to plan for this kind of eventuality, even though the probability of it taking place is relatively low.

The Paris tragedy illustrates just how difficult it is to respond, despite having trained for such eventualities, to multiple trained attackers who are intent on dying and are striking multiple targets. The problem for our agencies is that they will now have to assess their ability to respond to a complete range of attack types, potentially in multiple locations, which will fully stretch their resources.

For Australia the level of risk is lower than that faced in France. France has in the region of 1,200 nationals who have fought in Syria and Iraq with approximately 250 who have returned that are known to authorities. French intelligence agencies warned in August that they were over-stretched in their ability to keep eyes on all those they suspected of being involved in some form of terrorist activity, suggesting that France was heading for a large-scale ‘9/11’ scale attack. The sheer numbers of those involved married to the availability of weapons from the Balkans and Libya in France created a dangerous blend. Those conditions thankfully don’t exist here, but doesn’t mean that we should be any less vigilant and prepared.

Our strongest weapon in pre-empting any potential terrorist attack is through robust intelligence information. The struggle for any agency currently is being able to sift through the sheer volume of information flows between fighters in Syria and Iraq and sympathizers, and potential terrorists abroad. Deciphering what constitutes actionable intelligence and what’s just background noise is extremely difficult, and presents problems for intelligence agencies. In combating this threat, international intelligence coordination is going to be vital, and domestically creating granulated intelligence pictures even more so.

Over the coming days and weeks, governments, especially the French, will face acute pressure to respond robustly to the attacks. It’s hard to envisage that governments won’t, at the very least, step up the ferocity of their air strikes on ISIS in Syria and Iraq. Calls will intensify for full-scale military intervention in Syria and Iraq to remove ISIS from its heartland. While this will be tempting in the wake of such tragic events, there’s absolutely no way that this should be considered unless there’s a clear and plausible understanding of what the plan on the ground will be following such military action. ISIS needs to be stopped, and a strong military component is required.

It’s important that Western governments don’t play into the hands of ISIS, whose aim, as stated through their own publication Daqib, is to "bring division to the world and destroy the greyzone everywhere," the ‘greyzone’ being ISIS’s description of Muslims that it perceives have settled and adopted ‘Western’ patterns of life. As they have done in Iraq and Syria in expanding sectarian divisions, ISIS are looking to create large divisions within our own societies, so it’s vital that decisions taken to respond to ISIS don’t play to its aim.

Immediate responses have been to appropriate a portion of blame to the influx of Syrian refugees for the attacks in Paris. That is simplistic and doesn’t reflect the disdain that ISIS have for those millions who are leaving Syria, demonstrated through various ISIS propaganda videos and talks on this topic. While a Syrian passport was found on the body of one of the attackers, there are question marks over the validity of the passport. Don’t think for a second that an enemy that thinks so clearly about the propaganda impact of everything it does wouldn’t want to capitalise on the unease within European nations about the migrant issue.

ISIS wants nothing more than to promote division and hostility to refugees flooding into Europe. It wants the far right to grow in strength which will cement growing political divides. We can be sure that there will be more attacks aimed at sowing these divisions, most likely in Europe.

Australia needs to support in every way it can how France and Europe respond in the coming months.