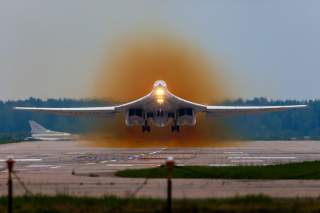 Islamic State militants in Afghanistan threatened to conduct attacks inside Russia in the group’s most recent propaganda video.

The ISIS militants, known locally as Islamic State-Khorasan province (IS-K), claimed they were aware that Russia’s Federal Security Service Bureau (FSB) had infiltrated the terror group, according to Circa News’ Sara Carter. The video featured the interrogations of several alleged spies who are forced to admit that they were working for Russia. ISIS militants later executed the accused men, warning “we will take our revenge on Russia” for the country’s involvement in military operations in Syria.

ISIS has attacked Russia only once since its rise in 2013. The group targeted FSB headquarters in Khabarovsk, a city in Russia’s far eastern region in April. Russian officials claimed that A.V. Konev, a local 18-year-old resident, opened fire inside the headquarters’ lobby, killing two.

An ISIS fighter featured in the video, who claims to be Russian, said that many native Russians are flocking to Afghanistan to join IS-K. Russia has a significant Muslim population, generally located in the North Caucasus region. Law enforcement officials in Chechnya believe that as many as 4,000 Chechens have joined ISIS in Iraq and Syria.

Russia has taken a hard line against ISIS in its rhetoric, but has limited its attacks against the group. The Kremlin sent forces to Syria under the guise of protecting its ally, Syrian President Bashar al-Assad, against ISIS forces, but a study in October revealed that Russian strikes were focused mostly on Syria rebel targets in the early part of the month.

U.S. officials have criticized Russia for its suspected support of Taliban forces in Afghanistan, though Russia has denied such activity. Experts believe the support is the Kremlin’s attempt to counter the growing IS-K presence in the country, despite the fact that the predecessors of the Taliban were fighting Russian forces during the Cold War in the 1980s.