Israeli Military: Iran Is Not Most Dangerous Threat 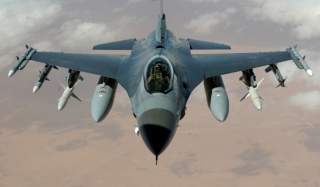 Israel’s military doesn’t consider Iran to be the greatest threat to the Jewish state, according to a new report.

Earlier this week, the Jewish weekly, Forward, reported that the “Israel’s military General Staff and intelligence services are in the midst of a series of formal discussions” about the major threats facing the country. According to the report, the discussions— which are being “chaired by the deputy chief of staff of the Israel Defense Forces, Major General Yair Golan, under the supervision of the chief of staff, Lieutenant General Gadi Eizenkot”—are not focusing on a nuclear Iran.

“What most concerns the military in the short range is the likelihood of renewed flare-ups within the next few years with the heavily armed Islamist militias on Israel’s northern and southern borders, Hezbollah and Hamas,” the report, which is by former Forward editor-in-chief J.J. Goldberg, says.

As a result, Eizenkot, who only recently took over the reigns of the IDF, “is trying to direct every possible resource toward reorganization, reinforcement and intensified training of the army’s ground forces,” who would be tasked with most of the fighting in a war with Hezbollah or Hamas.

Goldberg reports that IDF leaders believe that the relative peace that has existed with Hezbollah since the 2006 war will soon break down, and that the Gaza border is even more volatile.

They have a point: as Rola el-Husseini noted on The National Interest back in March, Hezbollah recently declared that the unspoken “rules of the game” that have governed Israeli-Hezbollah relations since 2006 no longer apply, suggesting that a renewed kinetic conflict could be forthcoming.

Interestingly, the IDF believes that a potential nuclear agreement between Iran and the P5+1 could give Israel some breathing room, so the military can devote more of its scarce resources to these more pressing needs.

Iran doesn’t even top the IDF’s list of more longer-range concerns, which is led by Sunni jihadist groups, such as al-Qaeda and ISIS. “A longer-range concern that overshadows both of those [Hamas and Hezbollah] is the growing threat from global jihad movements, led by Al Qaeda and ISIS,” Goldberg writes. The IDF chief-of-staff is also concerned about the growing number of cyber attacks the Jewish state is experiencing.

According to the report, Iran doesn’t even make the list at all.

The assessment, if true, runs counter to the claims of many of Israel’s top civilian leaders, first and foremost among them, Prime Minister Benjamin Netanyahu. For years, Netanyahu has warned that a nuclear-armed Iran poses an existential threat to the Jewish state.

“You don’t want a messianic apocalyptic cult controlling atomic bombs,” Netanyahu warned in 2009, adding that “this is an existential threat for Israel.” In his speech to a joint session of Congress earlier this year, Netanyahu also compared a nuclear-armed Iran to Nazi Germany in terms of the threat it poses to the Jewish people. He also said that Iran is trying to “destroy us.”

(Recommended: Are Israel and Hezbollah About to Go to War?)

Interestingly, in light of ISIS’s inclusion on the IDF’s long-range threat list, earlier this week Netanyahu stated that a nuclear-armed Iran would be “a thousand times more dangerous and more destructive than ISIS.”

This is not the first time senior Israeli military and intelligence officials have clashed with Netanyahu over the issue of a nuclear Iran.

Perhaps most notably, Meir Dagan, a former head of the Israeli intelligence service Mossad, has repeatedly clashed with Netanyahu over Iran since retiring back in 2011. In a 2012 60 Minutes interview, for instance, Dagan said that “the regime in Iran is a very rational regime,” and called an Israeli attack on Iran’s nuclear sites the "stupidest idea [I've] ever heard." Dagan also panned Netanyahu’s aforementioned speech to the U.S. Congress, and claimed that “the person that has caused Israel the most strategic damage when it comes to the Iranian issue is the prime minister.”

Israeli intelligence assessments over Iran’s nuclear progress have also at times been out of sync with the prime minister’s public statements.