Is it Time to Draw a New Map of the Middle East? 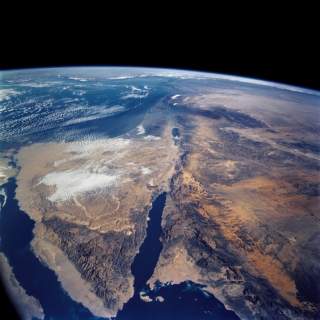 On May 16, 1916, representatives of Great Britain and France signed an agreement that had been negotiated by Mark Sykes and François Georges-Picot to divide up the Middle East into British and French spheres of influence after the end of the Great War and the destruction of the Ottoman Empire. The Sykes-Picot Agreement, now 100 years old, has been denounced ever since for perpetuating a supposedly artificial division of the Middle East into unpopular nation states whose existence only fuels conflicts. Many now suggest that it is time to discard Sykes-Picot in order to solve the region’s myriad problems.

As my Council on Foreign Relations colleagues, Steven A. Cook and Amr T. Leheta, suggest, this attributes rather too much influence to a treaty that was never actually implemented. In practice, Britain never ceded France all of the influence that Sykes-Picot had promised, and the actual boundaries of the modern Middle East were determined in a series of diplomatic conferences between 1920 and 1926. The ultimate result was to create the forerunner of the region we know today, giving birth to Palestine/Israel, Syria, Jordan, Lebanon, Iraq, and Saudi Arabia, among others.

Is this division of the region artificial? Yes and no. The state boundaries were not entirely arbitrary—Iraq, for example, was formed by combining the Ottoman vilayets (provinces) of Mosul, Baghdad, and Basra.

The boundaries of the Middle East are no more arbitrary than the boundaries of any other place. Look at Europe, where the borders between Germany and Poland shifted substantially after both World War I and World War II. Germany itself is just as artificial as Iraq having coming into existence only slightly earlier, in 1871. Indeed countries continue to form and break up all over the world—witness the independence of the former Soviet republics after 1991 or the breakup of Yugoslavia.

Whatever the origins of the modern map of the Middle East, people in the region have lived together in states long enough to be attached to them. Most Iraqis I’ve met, save the Kurds, have been Iraqi nationalists. So too with Syrians. Granted, those states are hardly functional today, but that doesn’t mean that breaking them up will magically solve their problems. Indeed redrawing the map could easily create more problems. In the case of Iraq, Sunnis would be loathe to give up Baghdad—and who would take Mosul, whose population is divided between Arabs and Kurds?

The United States shouldn’t necessarily be committed to preserving the current map of the Middle East, but nor should we be redrawing it from afar. What matters is not the borders but who rules within them. An ISIS state shouldn’t be acceptable no matter its boundaries. Let’s focus on reducing threats and ending civil wars, and then afterward let the peoples of states such as Iraq and Syria figure out their own future peacefully, as happened in the former Czechoslovakia.