It’s Time We Talked About War With China 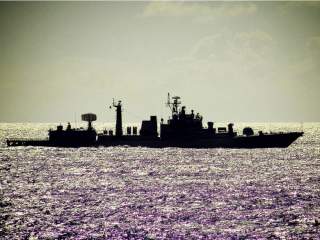 Whether Prime Minister Malcolm Turnbull intended it or not, his new Defence White Paper has been widely interpreted as sending a clear message that Australia is willing to join our allies in using armed force if necessary to defend the “rules based global order” from China’s strategic ambitions in Asia. Moreover, most people apparently think that’s a good message to send.

So it seems wise to ask whether this message is really true. Would we go to war with China over any of the issues which now loom as tests of the future order in Asia—in the Spratlys, or the Senkakus, or even Taiwan?

Most people who approve of the White Paper's message probably do so with complete confidence that the issue will never arise. They assume war won’t happen because they are sure the Chinese would always back down rather than risk a clash. Maybe they are right. Confronted with U.S. and allied resolve, Beijing might decide that even Taiwan was simply not worth the immense costs of conflict.

But we shouldn’t bet on that, because the Chinese probably think the same about America and its allies. They think a war would be just as costly to us as to them, and they believe the issues at stake matter more to them than to us. So they are likely to assume that, whatever we say now, on the brink we would back off rather than fight. And the more confident they are of that, the less likely they are to back down. It has happened before: in an escalating crisis, both sides assume the other will step back, and so neither does before it's too late. This is exactly what happened in July 1914.

Remember, the stakes are high for both sides. This is a contest over the future of the Asian order, and we should not for a moment assume that China is any less committed to building a new order than we are to preserving the old one. Unless one side or the other abandons its core objective, the chances of a crisis in the Western Pacific escalating to the point that we face a decision about going to war is already quite high, and is growing steadily.

So we ought to think seriously about what war with China over one of these issues would actually look like.

It is easy to start a war expecting a quick fight and an easy win. But America and its allies do not have overwhelming military superiority, and nor does China. That means neither side would be likely to win decisively after a short, contained conflict.

Both sides would therefore soon face a new choice: to escalate and accept the much higher costs of a big and protected war, or give up. Again, it is easy to assume that China would back off first, but we can't bet on that. China has an immense capacity to both inflict and absorb damage, and we cannot expect it to be any less committed to victory than we would be.

So would we back off and accept defeat to avoid escalation, if China didn't? This choice carries grave consequences, because both sides have nuclear forces, and there is a real risk of an escalating conflict crossing the nuclear threshold. Of course no one can imagine it coming to that, but it could unless one side backed down. And how can we be sure the Chinese would back down if we wouldn't? Alternatively, if we were capable of backing down, wouldn't it be better never to have started the war in the first place?

Even without a nuclear exchange, this would soon become the biggest and most costly war since 1945, and the end of all we envisage for the Asian Century, even if we won. And what would ‘winning’ even mean? Neither side has any chance of a decisive victory, so it is hard to imagine how a war with China ends. That alone should give pause to those who think it might be a good idea to start one.

In fact, I think it is unlikely Australia would go to war with China in any situation short of the outright invasion of the undisputed territory of another sovereign state. I think it is quite unlikely America would either, once a president was brought face to face with the military realities. So we are just bluffing, and our bluff is being steadily and systematically called by China.

None of this is to deny that Australia, like others, has a huge stake in the way Asia's regional order evolves, and that we need to do whatever we can to prevent changes in the order that affect our truly vital interests. Moreover, it is not to deny that some principles of regional order would be worth going to war with China to defend.

But we do have to ask whether the costs and risks of such a war are justified to defend every element of the so-called ‘rules based global order’ in places like the South China Sea. More realistically, we will have to accept some changes in the regional order to accommodate China. We all find the idea of making such an accommodation uncomfortable, even scary. But is it scarier than war with China? It is time to think carefully about that. And it is time to stop talking tough when we don't mean it. It is undignified as well as dangerous.

Hugh White is a Professor of Strategic Studies at the Australian National University. His work focuses primarily on Australian strategic and defence policy, Asia-Pacific security issues and global strategic affairs, especially as they influence Australia and the Asia-Pacific. This article first appeared in the Interpreter.