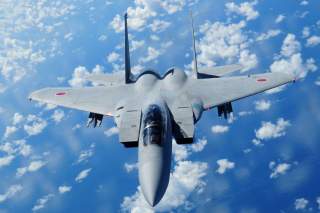 Oribe Seiki Seisakusho, a company in Western Japan, that builds shelters, has received eight orders this month, two more than its usual total for an entire year, Reuters reports. The company has also sold out of air purifiers designed to block radiation and poisonous gas, Nobuko Oribe, the company director, explained to reporters.

“It takes time and money to build a shelter. But all we hear these days, in this tense atmosphere, is that they want one now,” Oribe said. “They ask us to come right away and give them an estimate.” It reportedly takes four months to build a suitable shelter, which are built to withstand a Hiroshima-class nuclear explosion.

The increased demand for nuclear fallout shelters and air purifiers is likely a response to North Korea’s regular missile launches, reports that the regime may conduct a sixth nuclear test in the near future, and Prime Minister Shinzo Abe’s claim that North Korea has the ability to launch missiles loaded with Sarin gas.

North Korea launched a salvo of four missiles in early March, revealing later that the Korean People’s Army was rehearsing a strike on U.S. bases in Japan.

As the only country to have ever been on the receiving end of a nuclear weapon, Japan is particularly sensitive to Pyongyang’s efforts to develop missiles with greater ranges and nuclear bombs with higher explosive yields. Observers suspect that North Korea is already capable of striking targets in Japan.

Japan is considering expanding the capabilities of its armed forces to permit attacks on North Korea in the event of a crisis. The country is also enhancing its missile defense systems.