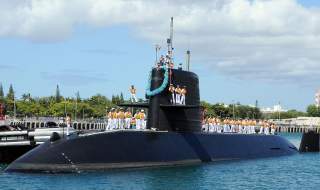 After decades of a self-imposed ban on arms exports, the Abe government in 2014 began to allow the country’s producers to export arms and military equipment. This is a significant development, albeit part of an evolutionary and incremental process. Still, it will be a while before Japan appears on the list of major global arms suppliers.

The 2014 ‘three principles on transfer of defense equipment and technology’ replaces the 1967 ‘three principles’ which virtually banned arms exports. While allowing exports of weapons in support of its proactive contribution to peace policy and to serve Japan’s national interest, the new principles still maintain restrictions on arms exports to those states that are either under UN embargoes or currently involved in a military conflict. The new rules also seek greater transparency to ensure that weapons exported from Japan are not sold to third parties without Japan’s knowledge.

Even before the new principles, Japan had made small changes in its defense cooperation and military technology transfer, allowing cooperation with the United States and joint research on ballistic missiles and missile defense. The then-ruling Democratic Party of Japan under Prime Minister Yoshihiko Noda in 2011 also allowed Japanese arms manufacturers to forge joint development projects with foreign weapons manufacturers and export defense-related equipment for humanitarian purposes.

While not strictly military, Tokyo has controversially donated patrol vessels to some Southeast Asian nations, such as the Philippines and Vietnam, using its foreign aid budget. Again, this was ostensibly in support of maintaining peace. It has also leased a TC-90 training plane to the Philippines and even provided training to Philippine naval pilots to fly the aircraft.

The 2014 revised principles certainly unburden Japanese arms producers and empowers them to seek markets around the world far more freely than before. But the road ahead for Japan will be long and winding. Japan has not yet succeeded in any of its major proposed deals in the Indo-Pacific region, where some of the largest importers of heavy weapons reside: India, China, Vietnam and Australia, to name just a few.

Japan’s bid for supply of a fleet of submarines to Australia ended in a dismal failure last year, even though it appeared like a done deal when negotiations began. This was a major setback to Japan’s first ever attempt at a much publicized multi-billion dollar defense contract. The negative outcome did not hugely impact the bilateral relationship, but it certainly left a deep scar in the minds of Tokyo’s policymakers and political leaders who had almost expected the decision to be in Japan’s favor.

Japan has also been in negotiation with India for some time regarding the possible sale of US-2 amphibious search and rescue aircraft, currently used by the Japanese Maritime Self Defense Force. The prospect for the deal to go ahead looked extremely bright in 2014. But it remains elusive even today as cost and technology transfer issues between the parties stand unresolved. The deal remains in suspended animation. Some media commentaries even suggest it is as good as ‘almost dead’.

More recently, Japan has opened talks with New Zealand seeking to sell patrol and transport aircraft. The negotiations are still at the early stages and Wellington will go for a competitive evaluation process with American and European suppliers in the mix. It’s worth remembering that Japan lost out to the United States for a similar deal with the United Kingdom in 2015. Today Thailand is another target country for Japan. Discussions are on for P-1 patrol aircraft and US-2 amphibious aircraft.

To date Japan has not secured any deal in Southeast Asia except for what Tokyo has donated to Vietnam and the Philippines. Cost could be a factor, as well as Japan’s inexperience in the arms market. Buyers may also be hesitant because Japanese weapons are not battle-tested.

To coordinate its arms exports, Japan established a mammoth new organization last year. The Acquisition, Technology and Logistics Agency consists of some 1800 personnel drawn from the Self-Defense Forces (SDF) as well as Defense Ministry officials. As the nation’s largest defense procurement agency, it aims to push weapons exports and is strongly supported by the country’s most powerful business group, the Keidanren.

For Japanese arms-producing companies, defense production has not been part of their core business. They focus mainly on consumer and civilian products. For example, the share of arms production for Japan’s top two defense manufacturers — Kawasaki Heavy Industries and Mitsubishi Heavy Industries — is only about 15 and 11 per cent respectively. For others, it is less than 1 per cent.

While Japan renounced war under its postwar constitution, a relatively large defense industry flourished, producing sophisticated arms and equipment, but only for domestic consumption by the SDF. As a result, Japanese companies have operated in a non-competitive environment. Getting out of their comfort zone and bidding against big and experienced global players is not easy for them. Some Japanese companies only reluctantly participate in the bidding process, just to support the government’s policy. Others don’t want to be seen as ‘merchants of death’.

Japan’s inability to compete in Australia, and the stagnation of negotiations with India — the world’s largest prospective market for weapons in the next two decades — show Tokyo’s inexperience and lack of solid marketing strategies, attractive costing and negotiating skills in this field.

Japan still has a long way to go.

Purnendra Jain is Professor in the Department of Asian Studies, University of Adelaide, and a former president of the Asian Studies Association of Australia.