Japan's Greatest Challenge (And It's Not China): Massive Population Decline 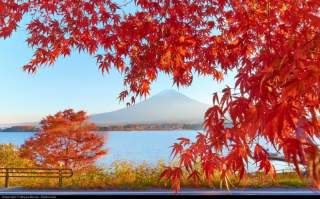 Japan’s population is ageing and shrinking.

The population of Japan peaked in 2008 at 128 million. With the fertility rate — or births per woman — falling below 1.5 at the beginning of the 1990s and falling as low as 1.29 in 2004, the population is shrinking rapidly. Already Japan has one million people fewer than in 2008. The government aims to keep the population above 100 million by 2060.

Perhaps an even bigger problem is that the proportion of elderly Japanese is increasing rapidly. One-third of the population is above 60 years old and 12.5 per cent are above 75. The working age population peaked in 1997 and by one measure is already 9.7 million people fewer than it was then. These facts are well established but the consequences are yet to be fully digested. They are profound.

Rapid and sustained immigration might delay the population decline and could eventually arrest it, but it is extremely unlikely that Japan will open up to high levels of immigration. Japan has a lot of work to do culturally and institutionally before it can welcome immigrants of any significant number.

The primary objective of Japanese economic policy should be to maintain living standards and increase per capita incomes, not grow the aggregate economy. But even growing per capita incomes would be a remarkable achievement in the face of a demographic crunch of a size that no other country has faced before.

Japan’s neighbours are staring down the same problem. South Korea’s population is starting to shrink and China’s working age population has already peaked. China has the additional problem that it will become old before it becomes rich. In no other country is the demographic problem as acute as it is for Japan and the whole world will be watching for lessons.

Many countries are fixated on achieving GDP growth and the target for Prime Minister Shinzo Abe’s Abenomics reform package is 1 per cent GDP growth a year. Japan’s GDP growth has been closer to zero in recent times.

What does negative GDP growth — a technical recession if it continues for six months or more — mean when the population is shrinking? Perhaps not as much as we thought. If GDP does not grow, per capita incomes may rise as the population falls. And Japanese have saved and invested overseas so they hold assets abroad that return income. Gross national income may differ considerably from gross national product. The growth rate of the economy needs to be assessed differently for countries with growing populations that need to create jobs, like India.

Japan has experienced anaemic economic growth since the early 1990s when the asset bubble burst. Yet Japanese people remain rich, live very long lives — contributing to the large proportion of elderly — and Japan is safe, clean, comfortable and modern. There is no sense of crisis among the Japanese people and no feeling of urgency driving drastic changes.

The preoccupation with growing the aggregate economy and, for Abe, returning Japan to some form of pre-war glory, appears a strange distraction.

The Abenomics policy package to revive the economy is palpably failing. The Bank of Japan has done its part by pumping more money into the economy, buying up assets in the open market and even following the European Central Bank into negative interest rate territory but the government hasn’t done its part. The other two arrows of Abenomics — flexible fiscal policy with medium-term fiscal consolidation, and structural reform — have dangerously misfired.

Government spending has not slowed and the second consumption tax hike, from 8 to 10 per cent, has been delayed from 2015 to 2017. The plan to achieve primary surpluses — with government spending less than revenue ignoring interest payments on debt — by 2020 has been pushed back. Gross government debt is an unprecedented 245 per cent of GDP and continues to grow. This is crude Keynesian spending without a plan.

The most important of the policy package is structural reform, and on that front there has been even less action. Supply-side, or productivity-enhancing, reforms require breaking through vested interests where they hold back productivity growth and allowing resources to be deployed where they are most productive.

Prime Minister Abe has spent his political capital on passing security bills that will enhance Japan’s capacity to play a greater role in defence and security. He’s yet to spend significant political capital on fighting vested interests in his own party that are blocking economic reform.

Japan’s agricultural sector is notoriously protected and inefficient. It is a drag on the economy. Less well known but more important is that the services sector is also protected from competition internationally and domestically. Foreign firms cannot and do not compete in many sectors in Japan. In fact, at less than 3 per cent, the stock of foreign direct investment in Japan as a proportion to the size of the economy is the lowest in the OECD, lower even than it is estimated to be in North Korea.

The conclusion of the Trans-Pacific Partnership helps Japan’s third arrow a little. But the prize of agricultural reform remains largely undelivered.

With its shrinking and ageing population, Japan will need productivity growth to maintain living standards. Printing more money alone is not sustainable. Each worker has to become more productive as the shrinking labour force has to support a larger proportion of the population. They will more likely be able to do that if Japan opens up further to foreign capital, technology and workers.

Large-scale immigration is unlikely in the foreseeable future but Japan is slowly welcoming skilled workers and many more tourists. To accelerate the inflow of foreign workers and to achieve the government’s goal of attracting 40 million tourists by the Olympics in 2020, there will have to be institutional and even cultural change. That will also help attract more foreign investment.

Japan was a trailblazer. It led an Asian development model and, in the postwar period, has become one of the world’s most successful high-income societies. But the unchartered territory of its demographic transition now calls for unusual policy innovation and entrepreneurship.

Acknowledging that Japan’s aggregate economy will inevitably start to shrink as the population decline accelerates is the starting point. Accepting the implications of that for Japan’s place in the world and refashioning Japan’s national agenda accordingly will clearly take much longer.

Shiro Armstrong is co-director of the Australia–Japan Research Centre and co-Editor of East Asia Forum at The Australian National University.