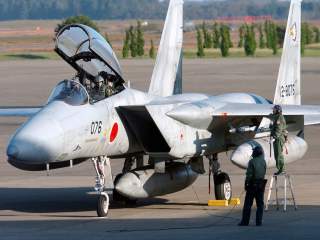 While tensions continue to rise over what prominent analyst Robert D. Kaplan dubbed Asia’s Cauldron, or more conventionally known as the South China Sea, it seems the East China Sea—where China and Japan battle for control of the Senkaku/Diaoyu Islands—has mostly stayed out of the headlines in recent months. That may change soon enough.

Japan’s ruling party is said to be considering international arbitration over Beijing's drilling for natural resources in the disputed East China Sea—a similar action also taken by the Philippines in the South China Sea.

In a resolution released by the Liberal Democratic Party (LDP), the Abe government was called upon to push Beijing for the quick restart of talks when it comes to drilling issues in the East China Sea, but at the same time, consider taking the case to an international arbitration court.

“If China shrugs off the request, some action must be taken,” Yoshiaki Harada, lead of an LDP panel on resources development, told reporters according to Reuters. “Everyone has agreed that we should not shy away from taking the matter to an international arbitration court and starting preparation for that step should be considered,” Harada explained.

While the Senkaku/Diaoyu Islands—and some of the near misses of military aircraft, radar lock-ons and other incidents that have almost brought the number two and three economic powers of the world to blows—have been covered extensively in the last few years, drilling and battles over natural resources have not received tremendous coverage. And this makes sense when you think about it—heated military standoffs are far more sexy and interesting to the twenty-four hour news cycle than the position of oil platforms on a map. And yet, while natural resources like oil and natural gas might be cheap today, Beijing and Tokyo know full well the value of having such resources nearby that could be tapped into—now or in the future.

And the plot thickens. Japan has other reasons to worry over China’s drilling activities. Tokyo’s latest defense white paper seemed to suggest that platforms could also be used for military purposes—such as radar stations or even to conduct air patrols if big enough. Such efforts would give China greater maritime domain awareness in the East China Sea and possibly begin the process of weakening Tokyo’s control over the Senkaku/Diaoyu Islands.

Considering this recent news, Asia hands will surely scour the internet for information on this issue. Some of the best material I have read when it comes to drilling disputes in the East China Sea comes from the always smart Asia Maritime Transparency Initiative, sponsored by the Center for Strategic and International Studies (CSIS). While we all may go goo-goo over their amazing high-resolution satellite photos depicting the various actions of claimants in the South China Sea (and not just China), their more scholarly work and op-eds are also of high value and a resource I turn to frequently.

Indeed, in a piece written last summer by Nicholas Szechenyi, a senior fellow and deputy director of at CSIS, he lays out the resources dispute in strong detail. He explains that things were not always so tense between China and Japan on this issue:

“In May 2008 President Hu Jintao and Prime Minister Yasuo Fukuda issued a joint statement including a section on economic cooperation indicating a shared resolve to make the East China Sea “a Sea of Peace, Cooperation and Friendship.” A month later then Foreign Minister Masahiko Komura announced an initial agreement aimed at joint development of natural resources in the East China Sea with details such as the maritime boundary between their exclusive economic zones (EEZ) to be finalized in bilateral negotiations. Specifically, Komura stated that the two countries would “undertake joint development in the northern part of the East China Sea and on the Chinese side of the median line at Shirakaba” oil and gas field, and that Japanese corporations would participate in areas China had already begun to develop.”

“Consultations on the agreement were conducted in 2010 but have not taken place since, due ostensibly to tensions aroused by competing claims over the territorial sovereignty of the Senkaku islands (Diaoyu in China). The lack of an agreement on EEZ boundaries—China does not recognize the “median line” Japan has drawn as a marker of geographical equidistance between the two countries—and details for joint development could further complicate bilateral ties.”

In fact, China, it seems, has speeded up its drilling efforts:

“The GOJ [Government of Japan] identified 16 structures China has built or begun to develop in the East China Sea, 12 since June 2013, and expressed concern with the accelerated pace at which China appears to be pursuing resource extraction. The map released by the GOJ plots 14 locations and all are on the Chinese side of the median line, but the GOJ statement notes that China should refrain from unilateral development because the EEZ and continental shelf in the East China Sea has not yet been “delimited” and requests that China resume negotiations with Japan pursuant to the 2008 agreement.”

And possibly extending its moves under the water in a way to surely to anger Tokyo:

“Three of the structures including the aforementioned Shirakaba facility are near the median line and have prompted concerns that China could siphon gas from areas technically claimed by Japan [my emphasis]. China’s Foreign Ministry issued its own statement claiming a 200-nautical mile exclusive economic zone and a continental shelf in the East China Sea extending to the Okinawa Trough, asserting that its gas exploration activities are carried out in undisputed waters under China’s jurisdiction, and rejecting Japan’s position that the EEZ should be delimited on the basis of the median line. But China also left the door open for dialogue with Japan on implementing the 2008 agreement.”

So what happens next? Indeed, the LDP, perhaps in cooperation with Prime Minister Abe, could be attempting to push the Chinese into talks to resolve the issue—threatening a possible legal action as a negotiating tactic. Beijing could smartly counter, and issue a statement saying that they would be willing to jointly agree to an international court ruling—if only Tokyo would also agree to a ruling on the Senkaku/Diaoyu Islands as well. And considering Japan has stated time and time again that the islands are not an issue to be ruled on—that there is “no dispute”—it would create a serious challenge. How would Tokyo respond? Perhaps we may just find out.

Harry Kazianis (@grecianformula) is a non-resident Senior Fellow for Defense Policy at the Center for the National Interest, a non-resident Senior Fellow at the China Policy Institute as well as a fellow for National Security affairs at the Potomac Foundation. He is the former Executive Editor of the National Interest and former Editor-In-Chief of The Diplomat. The views expressed are his own.