In Just 5 Years the U.S. Military May No Longer Hold the Title of “Superpower” 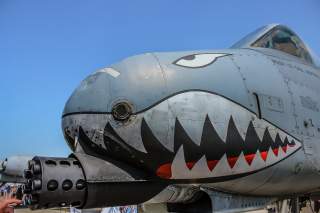 If the Pentagon does not receive stable funding, the United States will lose its technological and training advantage over its potential adversaries.

Of particular concern is the growing threat from Russia and China, both of which are developing advanced military capabilities to prevent U.S. forces from deploying and operating in their regions.

“In just a few years, if we don’t change the trajectory, we will lose our qualitative and our quantitative competitive advantage,” Marine Corps. Gen. Joseph Dunford, chairman of the Joint Chiefs of Staff, told the Senate Armed Services Committee on June 13.

“The consequences will be profound. It will affect our nuclear deterrence, our conventional deterrence and our ability to respond if deterrence fails.”

Russia and China—in the Pentagon’s view—hope to rewrite the post-Cold War international security order that the United States has created.

Russia—which lost both its Eastern European buffer states and the former constituent republics of the Soviet Union after the end of the Cold War—hopes to recapture its place as a great power.

Meanwhile, China is asserting itself as a rising great power in Asia that could one day challenge American dominance in the Pacific.

“We also look on the prospect of a new era, one governed by today’s economic realities and returning once again to a balance of powers,” Defense Secretary James Mattis wrote in his written testimony before the Senate Armed Services Committee.

“A return to Great Power competition, marked by a resurgent and more aggressive Russian Federation and a rising, more confident, and assertive China, places the international order under assault. Both Russia and China object to key aspects of the international order so painstakingly built since the end of World War II. Both countries are making their objections known by challenging established international norms, such as freedom of the seas and the sovereignty of nations on their periphery.”

To meet the challenge, the United States must invest in advanced capabilities to defeat rising great power threats. But more importantly, the Pentagon needs the Congress to pass a budget every year—its one Constitutionally mandated responsibility.

As both Mattis and Dunford both noted, years of unstable funding—the result of temporary continuing resolutions to ensure money keeps flowing—have resulted in disaster for military readiness and modernization.

“During nine of the past ten years, Congress has enacted 30 separate Continuing Resolutions to fund the Department of Defense, thus inhibiting our readiness and adaptation to new challenges,” Mattis said.

“It took us years to get into this situation. It will require years of stable budgets and increased funding to get out of it.”

The problem is, however, if the Congress continues to fail to pass stable budgets and grow the Pentagon’s funding, the results will be disastrous for American foreign and defense policy. Indeed, the situation is so dire that Dunford predicts that the Pentagon will lose the ability to project power around the globe within five years if the Congress continues down its current path.

“Without sustained, sufficient, and predictable funding, I assess that within 5 years we will lose our ability to project power; the basis of how we defend the homeland, advance U.S. interests, and meet our alliance commitments,” Dunford said.

Thus, if the United States hopes to retain the liberal institutional world order it has built, the Congress will have to do its job and pass budgets on time.