Kobani: A Metaphor For the Contradictions Facing The West 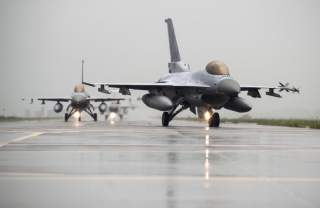 Nestled on the Turkish border in northern Syria is the city of Kobani, once inhabited by some 50,000 Kurds. Its Syrian name Ayn al-Arab reflects the stateless nature of the Kurds in Assad’s Syria, where they are denied citizenship and any social rights. For the Kurds of Kobani are trapped in Syria, hemmed in by Turkey and under attack by the Islamic State.

Questioned as to why the IS assault was not being stopped, Admiral John Kirby responded,  “Airstrikes alone, are not going to . . . to save the town of Kobani.” However, the bravery and tenacity of its Kurdish fighters, combined with airstrikes have permitted it to hang on. It also proves that the IS is not omnipotent in the face of spirited resistance. Quite the contrary.

The Kurds will fight to the end--the examples of IS making prisoners dig their own graves give no reason for them to think that surrender is an option. The old, infirm or the young are left behind, unable to run; their fates predictable if the city falls.

The UN Special Envoy to Syria Staffan de Mistura has warned of an impending massacre. So desperate is the projected scenario for Kobani that Mistura has even asked Turkey to permit volunteers to cross the border to fight the IS and failing that, to assist the US-led coalition "through whatever means from their own territory".

Turkey however won’t act alone, and if it does it is only in the context of defeating Assad – an invitation for mission creep. Our goals are fundamentally different. Instead, thousands gather on hills on the Turkish side of the border, spectators to the carnage unfolding below.

The Obama plan, for which airstrikes are only the opening act, is seemingly unable to find regional actors to provide the ground forces on which the very success of his plan to degrade and destroy the IS rests. If Turkey with a 400 kilometer long border--now occupied by the IS--will not act, despite the recommendations of its own high command, there is little likelihood that other, smaller regional Arab nations will.

Whether Kobani falls or not it presents a series of contradictions for everyone--whichever camp they belong to.

Days of airstrikes have blunted the IS advance, thanks to Kurdish resistance, but the aerial campaign is under-resourced. It can degrade the IS, but it cannot provide for the persistent air coverage necessary to do more alone. Already choices are being made whether to direct resources towards Kobani, or to the ISIS danger around Bagdhad. Desert Storm was far better resourced.

Of all the nations contributing to the coalition, most will not fly over Syria; the niceties of international law rooted in the Westphalian notion of states’ rights standing in the way of any responsibility to protect (R2P). Under international law, Syria has not explicitly granted permission for coalition airstrikes against the IS but to seek that authority, would politically for some nations, be seen as siding with or abetting that regime. It is difficult to see how saving Kobani from falling and avoiding yet more thousands of refugees could in any way be argued as helping Assad. On the contrary, allowing the IS to destroy the Kurds physically, only does what Assad’s regime was doing materially.

The same Westphalian niceties prevent the direct arming of the Kurds with more sophisticated weaponry, instead directing arms to the so far invisible Iraqi Army.

And that in a nutshell is what the Kobani metaphor reveals. Airpower alone will not stop the IS without fierce resistance on the ground. And in not attacking the IS in its entirety, meaning both in Syria and in Iraq, by coordinated air and ground offensives, an incoherent piecemeal effect will be the result. The Kurds can hold, but are not large enough or well enough equipped to defeat the IS alone. The Iraqi Army seems to exist in name only. The longer we wait, the more difficult the task of destroying the IS will be.

Hope cannot supplant the glaringly obvious and despite US and western reluctance to intervene with ground forces, only with some western troops committed, will regional partners be enticed join us. If we insist on none of our boots on the ground, why would regional partners volunteer?

As in Gulf War One, aims limited to recapturing territory and destroying ISIS strongholds should be the limit of our military aspirations. We should not be drawn into reconstruction or the reconstitution of government and civil society by military means. Regional actors can do that and deal with wider issues like Syria’s Assad after we're gone.

If not, the goal of all this, the rapid destruction of the IS, will somehow be forgotten, as are the people we are trying to protect; bogged down in a lengthy air campaign and the interminable search for willing partners. We will undoubtedly face the spectre of more Kobanis and the thousands more dead and displaced that will impose.

George Petrolekas is on the Board of Directors of the CDA Institute and co-author of the 2013 and 2014 Strategic Outlook for Canada. Mr. Petrolekas served with NATO, and in Bosnia, Afghanistan and Cyprus and as an advisor to senior NATO commanders.

Howard Coombs is a graduate of the United States Army Command and General Staff College, as well as the US Army School of Advanced Military Studies. He is currently a professor of military history and war studies at the Royal Military College of Canada.