Land-Based Anti-Ship Missiles: A New Weapon for America and its Allies in Asia? 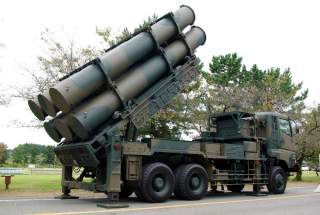 The People’s Republic of China (PRC) has developed an impressive array of land-based anti-ship missile systems, which are part of a robust sea-denial capability. That growing capability is forcing the United States (US) and Australia to rethink Pacific strategy. Some are now asking why the US, and Australia for that matter, have no land-based anti-ship missile systems in their inventory. After all, we want to be able to do sea denial in Asia as well. So, should we be developing our own?

Both the US and Australia have other anti-ship systems in their arsenal of air and sea-launched weapons. But there’s a real prospect that land-based systems would pay operational and strategic dividends. That’s a view that has also been recently expressed by members of the US Congress, think tanks, and scholars.

Some definitions are helpful here: sea denial is the ability to deny or prevent an adversary from operating in an area of the sea. On the other hand, sea control is the ability to operate freely in a maritime area while preventing adversaries from doing the same. Sea control requires that you have sea denial, but also that you can prevent an adversary from exercising effective sea denial over the same area. For years, sea control has required the integration of air and sea power. Though land-based systems alone can provide only sea denial and not sea control, the joint integration of land-, sea-, and air-based systems would be a powerful tool in gaining and maintaining sea control, especially in littoral regions.

The development of China’s maritime-denial missile capabilities puts enormous pressure on the US and its allies in the Western Pacific. Gone are the days of having the capability to impose sea control just about anywhere. Furthermore, China’s carrier, aircraft, and submarine programs suggest a desire in Beijing for some measure of sea control and power projection in the future—in the current context of strategic rivalry, which indicates a serious challenge to the US in the Asia-Pacific region. Whether this challenge manifests itself peacefully or violently will depend in part on how the US and its allies employ military power across all domains.

The three strongest arguments for land-based systems can be categorized as lower escalation risk, strategic flexibility, and mitigation of platform vulnerability.

Land-based systems, especially if they are mobile, deployable and of limited range, (like Japan’s type 88s) will provide leaders with a denial option that is less threatening and so less prone to escalation. That point is made effectively by naval strategists Toshi Yoshihara and James R. Holmes. Simply put, deploying a carrier group or air assets in response to actions involving territorial disputes may threaten the sovereign territory and vital interests of an adversary. Using anti-ship missiles to impose only sea-denial in a disputed area of operations is inherently defensive and less threatening, which gives leaders the option to demonstrate resolve in protecting economic exclusion zones and littoral regions without directly threatening undisputed sovereign territory. Choosing land-based anti-ship systems as a flexible deterrent option increases opportunities for peaceful resolution.

Deployable and non-deployable (fixed) land-based systems also would allow the US and Australia to maximize the power of their existing sea-control assets in a conflict by providing strategic and operational flexibility. By using deployable land-based systems in littoral regions and fixed systems at key choke points along sea lines of communication, allied leaders could then surge air and sea power to more critical and decisive regions.

Perhaps the most compelling argument is that it’s becoming harder to ensure the survivability of platforms (with the relative exception of submarines) against a capable adversary. Air-Sea Battle, with all the risks that it entails, appears in part intended to provide an environment where US carriers can survive in a conflict in the Western Pacific. The high cost per unit of fifth-generation aircraft (the F-22 and to a lesser extent the F-35) is also a result of the great challenge of keeping them flying till they can successfully launch their weapons, and hopefully return home. By contrast, hardening fixed missile sites is likely to provide inexpensive survivability for land-based systems.

There are still many questions ahead in the research concerning ground-based systems. For example, developing those weapons may require withdrawal from the Intermediate-Range Nuclear Forces Treaty. That treaty limits ground-based missile systems to a range of less than 499km, or more than 5,500. But the US alleges Russia has already violated the treaty. And, of course China was never a signatory, so its current systems are unhindered by the treaty’s provisions. Additionally, the defense community must weigh the advantages of hardened and fixed systems versus mobile and deployable ones. Finally, other characteristics, including speed, range, and targeting systems, require consideration and analysis.

While there are challenges, any capability which preserves or enhances allied capacity to deny the Western Pacific and reduces the risks to (and our dependence on) carrier-based air-power would have to be extremely expensive not to merit further investigation. (ASPI has initiated research on the subject so watch this space for further publications and analysis.) Land-based anti-ship missiles could easily have a larger role in underpinning America’s position in Asia, and that means they’re important to Australia’s strategists and policymakers.

Lieutenant Colonel Jan K. Gleiman is an active duty US Army officer and a visiting fellow at ASPI from United States Pacific Command. The views expressed in this post are his own. Harry White is an analyst at ASPI where this piece first appeared.