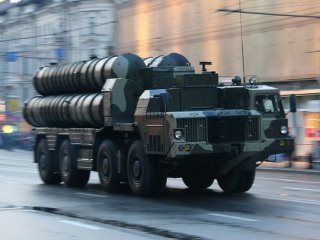 Russia is set to deliver the powerful Almaz Antey S-300PMU-1 surface-to-air missile system to Iran later this year. While Moscow had offered to supply Tehran with the more advanced Antey 2500—also known as the S-300VM—Iran is sticking with the cheaper and less capable PMU-1 variant.

In an interview with the Wall Street Journal, Sergey Chemezov, chief executive officer Russia’s Rostec state corporation, said that the S-300s would be delivered to Iran before the end of the year. “The first delivery will be in September or August,” Chemezov said.

Other than cost, it’s not clear why Iran would opt for an older, less capable version of the S-300 system. Indeed, the Russians have more or less ceased production of the PMU-1 variant. “We suggested an Antey-2500, but they said no, give us the S-300,” Chemezov said. “Essentially, it’s the last system that we will deliver, and then yes, after that it probably won’t be produced anymore.”

Iran has been shopping for new weapons to replenish its increasingly decrepit convention forces—which are mostly equipped with antiquated U.S., Soviet and Chinese hardware. In addition to the S-300PMU-1, Iran has expressed an interest in the advanced Sukhoi Su-30SM Flanker-H, however it is possible that Tehran might opt for the less capable and less expensive Su-30M2.

Iran had earlier expressed interest in Russia’s formidable T-90S main battle tank, but later backed away. Instead, Tehran made the assertion that it had developed an indigenous main battle tank that is the equivalent of the T-90S. However, no there is no evidence to support the Iranian claims—the most advanced indigenous Iranian tank is the Zulfiqar-3. Tehran built a handful—about a half-dozen of those machines, which are more comparable to an early model T-72, rather than a T-90S. Most indications suggest the program is a failure.

It is possible that the Iranian budget cannot support the purchase of a slew of new weapons while oil prices remain low. However, there are indications that oil might have bottomed out and prices will start to rise. That means Iran might purchase more advanced weapons later as its fortunes improve.