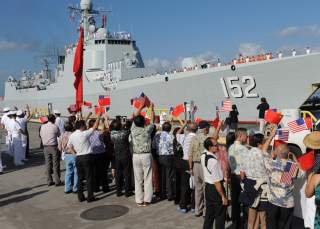 For now, nationalism is in the driver’s seat of China’s power and there is no sign in the country’s reaction towards the legal case to suggest that that the use of that power to pursue its national interests, especially in the South China Sea but also elsewhere, will be tempered by a sense of fairness that draws from international law, or by respect for international norms.

Huy Duong is a non-resident senior fellow at the Center for International Studies (SCIS) at the University of Social Sciences and Humanities in Ho Chi Minh City.  His articles have appeared in national newspapers in Vietnam and the Philippines, on the BBC website, CogitASIA, Yale Global, RSIS Commentaries, The Diplomat, East Asia Forum and other websites.