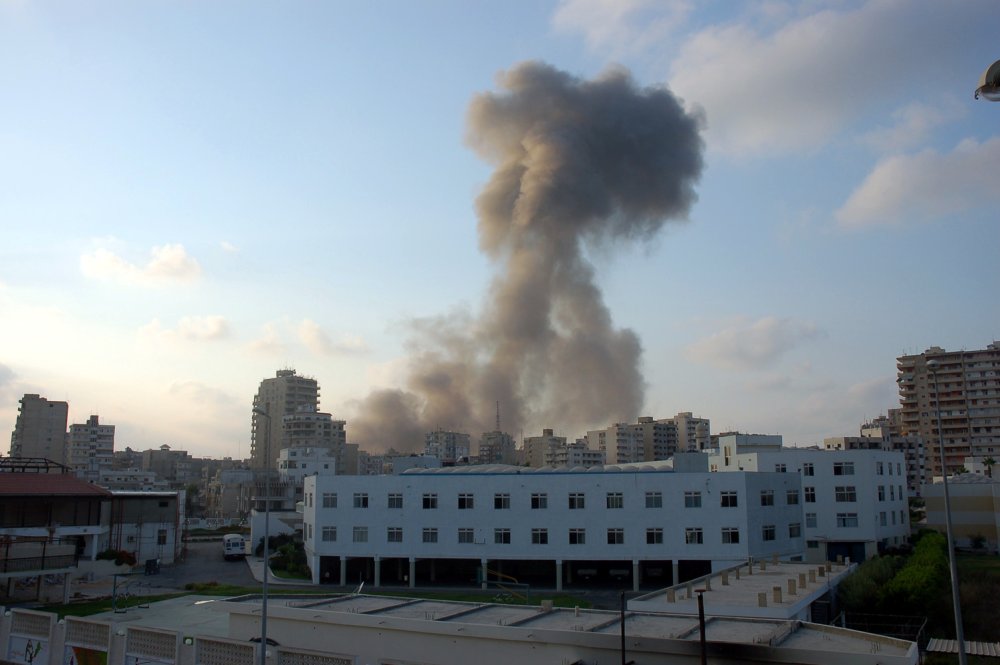 Gen. Michel Aoun, the former chief of the Lebanese Army, will be the next president of Lebanon, bringing an end to more than two years of uncertainty regarding this position. After 45 failed attempts to elect a new president, PMs in the Lebanese parliament chose the Maronite Christian and ally of Hezbollah to be the nation’s next leader.  His election highlights the complicated political and sectarian alliances within the country. In early February of this year, Al Arabiya English published a graphic depicting a simplified explication of where the election stood at the time showing just how complicated relations can be within the country. Gen. Aoun’s election should bring some long needed stability to a country that has had a very unsteady previous 29 months, but may have the opposite effect on the region because of his alliance to Hezbollah.

In 1990, Aoun who was the commander of the Lebanese army at the time waged war against the Syrian army who occupied the country after the Lebanese Civil War. Now Aoun is aligned with Hezbollah and by proxy Syria and Iran. Syria is one of two locations where Iran and Saudi Arabia are currently fighting their proxy war (The other being Yemen). Amidst the intensifying situation between KSA and Iran Aoun’s election signals the collapse of the Saudi-backed alliance in the Maronite Christian community and the country at large that has attempted to eliminate Hezbollah’s influence on the government since the assassination of Rafik al-Hariri in 2005. The country’s relationship with Saudi Arabia has been tumultuous in the past year, as Saudi Arabia has suspended over $3 billion worth of aid to Lebanon and has expelled Lebanese migrant workers from the country, and with Aoun as the new president of Lebanon relations do not appear to be on the mend.

Aoun’s election also will lead to even greater tension with neighboring Israel. Aoun plans to liberate the parts of Mount Hermon and Shebaa Farms that are still occupied by Israeli forces. Israel and Hezbollah forces have exchanged fire a number of times since the 2006 Lebanon War, and protests in Shebaa Farms as recent as August has sparked the deployment of almost 500 Israeli troops to the area to include snipers and tanks.

So what does Aoun’s election mean for a region already riddled with political turmoil and war? It means Iran has gained another ally in its regional proxy war against Saudi Arabia, and that Hezbollah is only predicted to become a greater force in Lebanese politics. Aoun publicly supports the Assad regime in Syria, and may very well prolong the already protracted war in Syria creating hundreds of thousands of more refugees forced to flee to the neighboring counties of Jordan, Turkey, and Lebanon, countries whose infrastructure and economies are already buckling under the pressure of the needs of refugees currently hosted there. Aoun is a popular figure among the Lebanese people, who hope the end to the political stalemate will mean investment into government programs and the economy which has been deteriorating for a number of months. While the presidency remained vacant over the past 29 month’s Lebanon has experienced attacks from the totalitarian Islamic extremist group Daesh, $4.5 billion worth of costs to host Syrian Refugees, and a decline in civil services to include the highly reported trash crisis of 2015.

Aoun will spend his six-year term as head of state attempting to turn around the economy of Lebanon and bring jobs back into the country. He will attempt to secure the boarders of his nation, to include taking back the lands in the south occupied by Lebanon. He will also support his ally’s in Hezbollah who fight in Syria in support Bashar al-Assad and his government. The administration of Gen. Aoun will most likely bring more conflict than stability to the region, and unfortunately bring greater political division within his own country, which has not seen parliamentary elections since 2009, and requires a power sharing system of government based on religion to operate.

Jaime Loizzo is a Senior Advisor at Banner Public affairs and received her Master’s in Statecraft and National Security Affairs from the Institute of World Politics.