Let’s Be Clear: China Is Using Its Military to Expand Its Territory 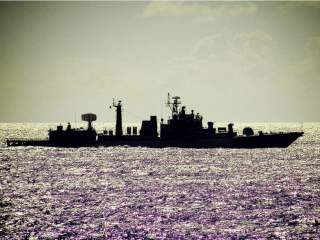 The People’s Liberation Army (PLA) has previously deployed some of its advanced fighters (J-11 fighters, the domestic version of the Su-27) to Woody island but did not apparently make this permanent. This surface-to-air missiles deployment appears to be for the longer term.

The HQ-9 is the Chinese equivalent of the Russian S-300/SA-10 SAM, a very advanced, very capable system comparable to the American Patriot SAM. Its deployment creates a 125-mile danger zone around the Paracels and marks a major increase in the scale and capabilities of forces deployed to the region.

While the Paracels are not the Spratlys (where China has built a number of artificial islands), they are part of the larger dispute underway about the future of the South China Sea.

Seized from South Vietnam in 1974, the Paracels remain a source of contention between China and Vietnam, which has not acceded to the Chinese seizure. In 1988, China sank three Vietnamese ships in nearby waters, to underscore its commitment to retaining those islands.

The Chinese have laid claim to a vast area of the South China Sea encompassed by what is known as the “Nine Dash Line” (recently revised to ten dashes). The area includes not only the Paracels and Spratlys, but also Macclesfield Bank and Mischief Reef, as well as the Pratas island group (currently held by Taiwan). To administer these dispersed territories, the Chinese promoted the city of Sansha, on Woody Island, in 2012 to a prefecture level and vested it with authority over all of these islands. The Chinese have also sought to treat the region, which includes vital shipping lanes over which $5.3 trillion’s worth of trade transits, as virtually their territorial waters.

Chinese vessels have repeatedly sought to enforce these expansive claims. In 2009, for example, Chinese forces interfered with the operations of the USNS Impeccable and several other ships. Earlier this year, the USS Curtis Wilbur, in a recent freedom of navigation operation, sailed near Woody Island to underscore the American commitment to freedom of the seas.

Dean Cheng is The Heritage Foundation's research fellow on Chinese political and security affairs. This article first appeared in the Daily Signal.