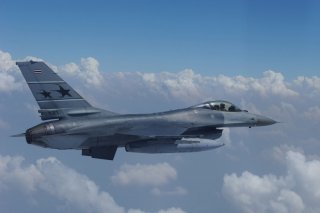 Last month, Thailand’s navy requested funding for a submarine program which, when finalized, will make it the region’s eighth submarine-equipped nation—joining Malaysia, Singapore, Indonesia, Vietnam, Taiwan, India, and Australia. The Philippines, Thailand, and Bangladesh, meanwhile, have all expressed interest in acquiring submarine fleets. As tensions in the South China Sea continue to escalate, this arms race poses a significant threat to the security of the region.

The rapid improvement of military capabilities in Southeast Asia has not deterred China, however, which continues to construct man-made islands and runways on partially submerged coral reefs. In response to the naval build-up in the region, Beijing, which boasts the world’s largest submarine fleet, has begun to double down on its anti-submarine warfare (ASW) capabilities.  Take, for instance, the recent addition of the GX-6 anti-submarine aircraft, which will enhance PLA maritime patrols and reconnaissance while expanding China’s ASW capabilities by over six-hundred miles. China is also investing heavily in sea-floor mapping and sonar technology to improve its intelligence and tracking abilities, part of an announced 10.1 percent increase in its 2015 defense spending, bringing its total defense budget to $145 billion dollars.

In turn, neighboring countries are scrambling to enhance their naval and air capabilities with the help of the United States and its allies; last week, the United States approved a $130 million deal to upgrade Singapore’s F-16 program; the State Department recently approved missile sales to Indonesia and Malaysia, worth $47 million and $21 million, respectively; Japan could very well soon sell some of its submarines—considered by many some of the best in the world—to Australia; the Philippines are moving to procure stealth frigates, anti-submarine helicopters, and guided missile fast attack craft (FAC) to deter “Chinese aggression” with the help of U.S. foreign military financing; and Taiwan just announced that it will deploy its P-3C Orion maritime patrol aircraft, recently acquired from the United States, to conduct operations in the South China Sea.

Clearly, U.S. policymakers believe the best strategy for discouraging Chinese aggression in the South China Sea is to arm U.S. allies in the region. What Washington must recognize, however, is that foreign military sales have unintended consequences. With more capabilities and vessels deployed in the disputed territory, a small skirmish could ignite an all-out crisis. In December 2013, a Chinese vessel in the South China Sea cut in front of a U.S cruiser, forcing the U.S. ship to execute an emergency maneuver to narrowly avoid a crash. Last August, the Pentagon reported a near-collision between a Chinese jet and an American ASW aircraft over the South China Sea. Now, with no less than nine countries laying claim to parts of the South China Sea and populating the disputed waters with additional submarines, aircraft, and other vessels, the chance of an accidental—or intentional—collision continues to increase. If the United States wants to reduce the risk of conflict, it needs a new strategy.

Long-term, a code of conduct (COC) is essential for limiting the risk of this arms race, if not ending it entirely. The COC negotiations, however, have thus far failed to produce any real results. The first round of negotiations, held in September 2013 in Beijing, concluded with an agreement to pursue “gradual progress and consensus through consultations.” A year and a half later, few signs of progress exist. Meanwhile, China has given no indication that it plans to limit its activities in the region.

To mitigate the risk of accidental collisions and intimidation tactics, the United States and its allies should focus on establishing an information-sharing center in the region to ensure high-level communication between all involved parties. Existing mechanisms, such as the Code for Unalerted Encounters at Sea (CUES), provide a framework for establishing dialogue among countries in the region in the event of air or sea encounters. Expanding the role of the CUES (or creating a new mechanism altogether) could mark important progress in resolving the dispute. Creating an advanced communication center in the South China Sea isn’t enough on its own, but it’s a start. And in a rapidly militarizing region, any development is an important step towards a peaceful solution.